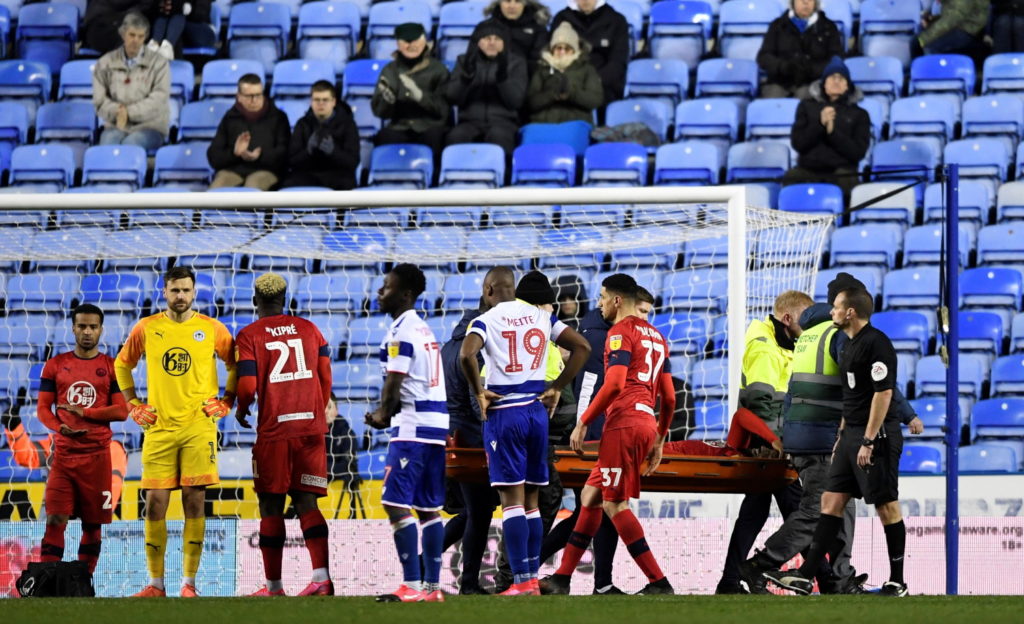 Wigan manager Paul Cook is fearful Chey Dunkley suffered a broken leg during his side’s massive 3-0 win against Reading at the Madejski Stadium.

Dunkley, an 88th-minute substitute, had not been on the pitch long when he sustained the injury in a goalmouth scramble. He received lengthy treatment before being carried off on a stretcher and taken to hospital.

Cook, who confirmed it looks like Dunkley has broken his leg as he left his post-match press conference, said: “It doesn’t look good for Chey.

“We want to go and make sure that he is as well as he can be.

“What was a very strong team performance has really been marred by an injury to a fantastic lad, a good kid and a popular member of our dressing room.”

Wigan boosted their fight against relegation with a well-deserved win through goals from Kieffer Moore, Jamal Lowe and Michael Jacobs.

They still lie in the bottom three but now only on goal difference from 21st-placed Middlesbrough.

Cook was pleased with the Latics’ performance, saying the players passed the ball well and created numerous chances in a deserved win.

Wigan can move out of the Championship relegation zone if they can pick up at least a point from Saturday’s tough trip to face leaders West Bromwich Albion at the Hawthorns.