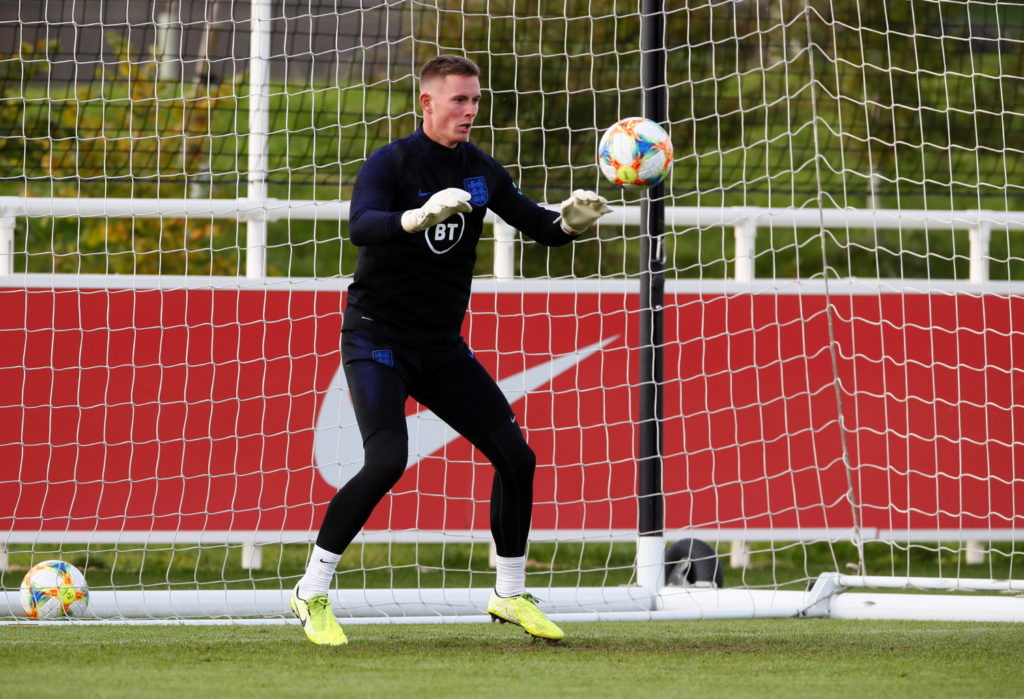 Wilder was quick to sing the praises of Henderson after watching the 22-year-old shot stopper produce another strong showing in the Blades’ 1-0 loss to Manchester City on Tuesday.

The on-loan Manchester United keeper produced a string of fine saves to keep the reigning champions at bay, including saving Gabriel Jesus’ first half penalty which resulted in the Bramall Lane faithful chanting “England’s number one”.

Henderson was off his line, but VAR didn’t intervene 🤔

Although he was unable to prevent United slipping to defeat, Henderson picked up the man of the match award and Wilder says he’s been delighted with his “outstanding” contribution for his team this season.

The Yorkshire outfit have been so impressed with Henderson in his two years on loan that they have reportedly spoken to Manchester United about extending his stay for a third year.

Blades boss Wilder says he’d be happy to have him back and says he’s done more than enough to justify a place in Gareth Southgate’s England squad for this summer’s European Championships.

“I know there is a bit of a pecking order in that England group but they must be really good goalkeepers to be getting in ahead of him,” Wilder said.

“The competition is fierce and there are some good goalkeepers, but I see him up close every day.”

Henderson received his first call-up to the England squad in October when Aston Villa goalkeeper Tom Heaton was ruled out through injury.

Heaton has since suffered a season-ending knee injury, ruling him out of contention for Euro 2020 and boosting Henderson’s chances in the process.

Everton shot stopper Jordan Pickford has been England’s No.1 for a couple of years but his position in the team is under scrutiny after a couple of high-profile errors.

Burnley’s Nick Pope is next in line should Pickford drop out, with Henderson and Stoke keeper Jack Butland also in the mix.