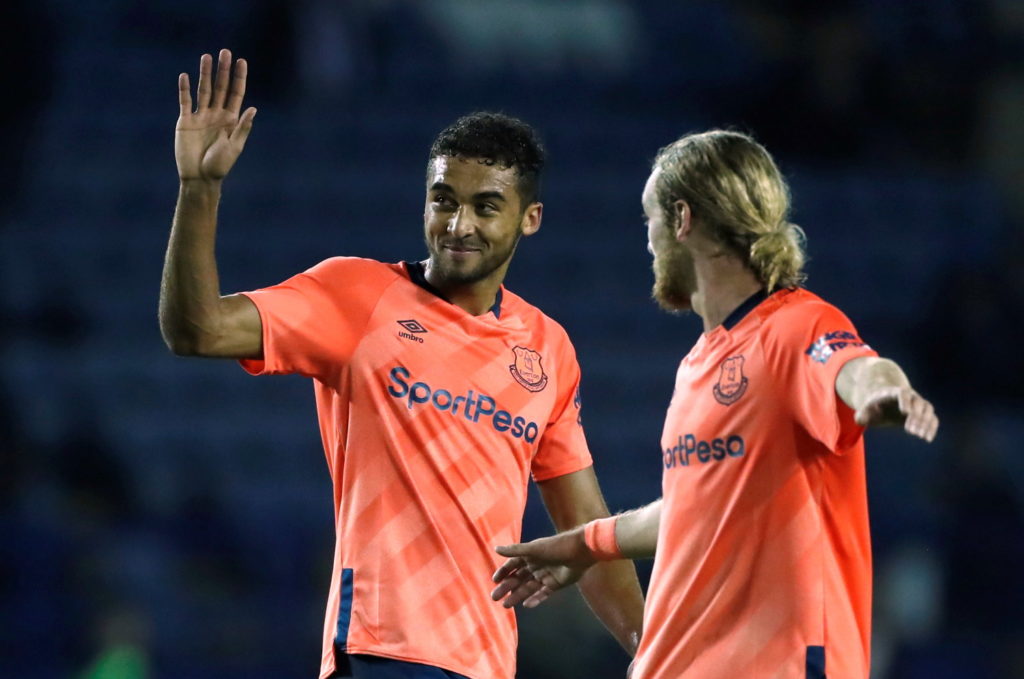 Calvert-Lewin, who has featured for the Three Lions Under-21s, has five goals in his last eight appearances for Everton and has managed 10 in 23 Premier League games in total.

Blues boss Carlo Ancelotti has previously stated he feels Calvert-Lewin should be given a chance by England counterpart Gareth Southgate and now Coleman has echoed his manager’s comments.

“There’s a lot of names being thrown around in terms of England with all the injuries [to strikers]. But I think Dominic has put himself right in the mix as well,” the Republic of Ireland international told Talksport.

“He’s always been a great target man who gives defenders nightmare for 90 minutes.

“The way he’s played this season, the goals he’s scored and his work rate are top drawer.”

England take on Italy and Denmark in friendly fixtures at the end of March and Southgate has the opportunity to experiment in attack as he will be without a few of his regulars.

Spurs frontman Harry Kane is the most notable absentee as the England skipper is expected to return from a hamstring injury in April.

Manchester United’s Marcus Rashford has a back injury and is set to be sidelined until April, which offers others – including Calvert-Lewin – the chance to stake a claim for a place in Southgate’s Euro 2020 squad.

The Everton striker managed five goals in 14 games for England’s Under-21s last season and has managed seven in 17 games in total at that level.

The 22-year-old does face plenty of competition for a spot in Southgate’s squad for the friendlies against the Italians and the Danes, but on current form it will be hard for the England boss to omit him particularly if Kane and Rashford remain unavailable.