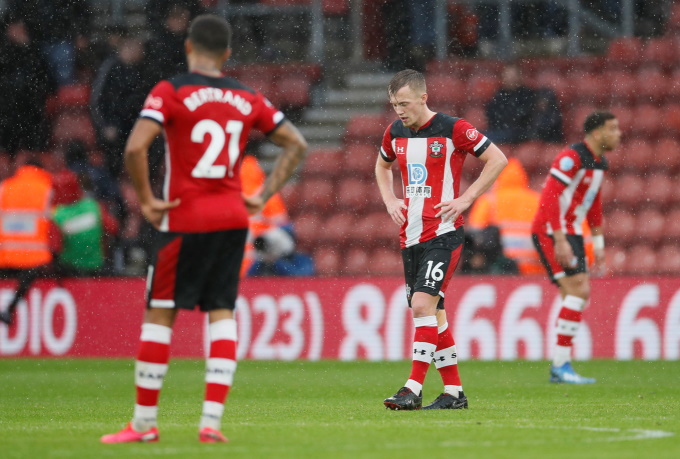 Southampton manager Ralph Hasenhuttl has claimed James Ward-Prowse has done enough in recent weeks to earn a return to the England squad.

The 25-year-old has two caps for the Three Lions, but he has failed to stay in Gareth Southgate’s plans in recent years.

He made his debut in March 2017 when he and club-mate Nathan Redmond played in a 1-0 defeat to Germany in a friendly.

After two years out in the cold, he returned for his competitive debut, playing the final 10 minutes as England beat Montenegro 5-1 during qualifying for Euro 2020.

Southgate has since looked at other options, but Ward-Prowse has shown his flexibility after stepping into a new role under Hasenhuttl.

In recent weeks, Ward-Prowse has played at right-back for the Saints with injury problems and the sale of Cedric Soares forcing Hasenhuttl’s hand.

Ward-Prowse is also well known for his ability from dead-ball situations and Hasenhuttl believes his versatility will stand him in good stead.

He told the Daily Echo: “I think if you’re Gareth Southgate and you know this player, then it’s even better to see that he can play in more positions. He’s a very flexible player. His obvious qualities you know, especially his free-kicks, but also in the defence work he is one of the most hard-working guys.

“There are so many good players in England. It’s good that it’s not me to decide!”

Ward-Prowse had previously formed a solid partnership with captain Pierre-Emile Hojbjerg in the middle of midfield for Southampton but for now he is set to play on the right of a back four.

He helped Southampton end their three-match losing streak after they beat Aston Villa 2-0 last weekend, and they will face West Ham United this Saturday.