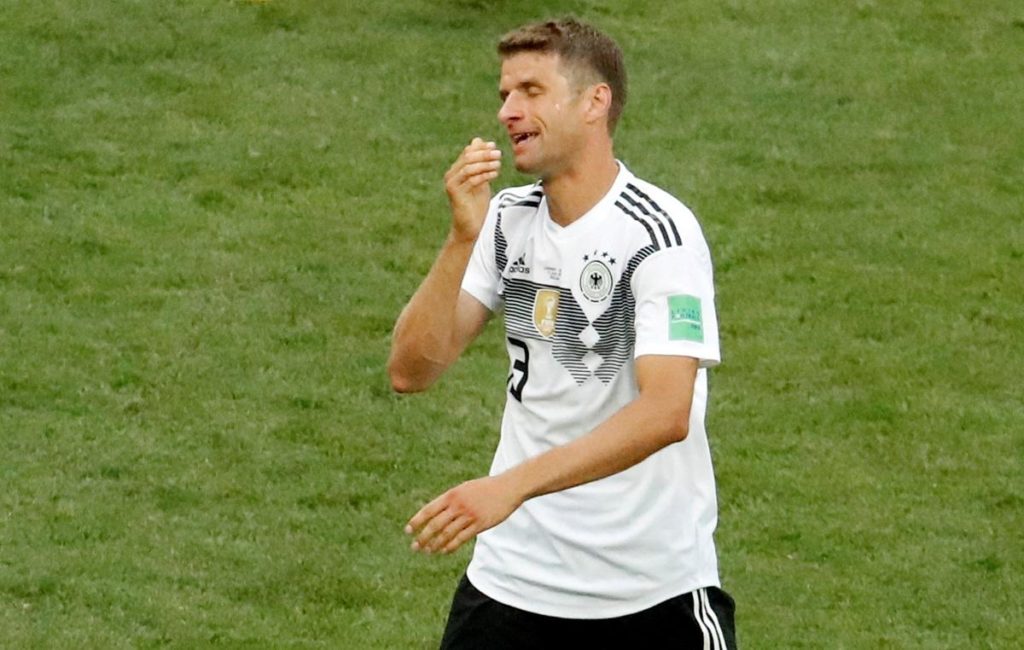 Thomas Muller has played down hopes of a recall to the Germany side and insists his focus is on winning silverware with Bayern Munich.

The 30-year-old has earned 100 caps for Germany, scoring 38 goals and winning the 2014 World Cup with Die Mannschaft.

However, Germany manager Joachim Low effectively ended the international career of the one-club man when revealing in March 2019 that Muller, along with Mats Hummels and Jerome Boateng, was no longer in his plans.

Much was made of the news at the time and it was seen as a reaction to Germany’s woes at the 2018 World Cup.

Muller’s goal production for the Bavarians has decreased in recent seasons and, having not hit double figures since the 2015-2016 campaign, he has notched just five from 21 Bundesliga outings this term.

However, the talented forward has enjoyed a resurgence in 2020, scoring in four consecutive games for his club prior to Sunday’s goalless draw with RB Leipzig at the Allianz Arena.

It had been suggested that Low might reconsider his stance but the Germany coach told Sky on Sunday: “The probability [of a recall] is relatively low if everyone is fit.

“Thomas has scored a few times in the second half of the season. I am pleased, but I said we would go with the young players.”

When told about Low’s words, Muller had little to say and made it clear that his thoughts are solely on club football now.

“I’m not interested in it at all. I care about this team and winning trophies with them, ideally three,” he said.