Clarke willing to give Celtic striker Griffiths another chance 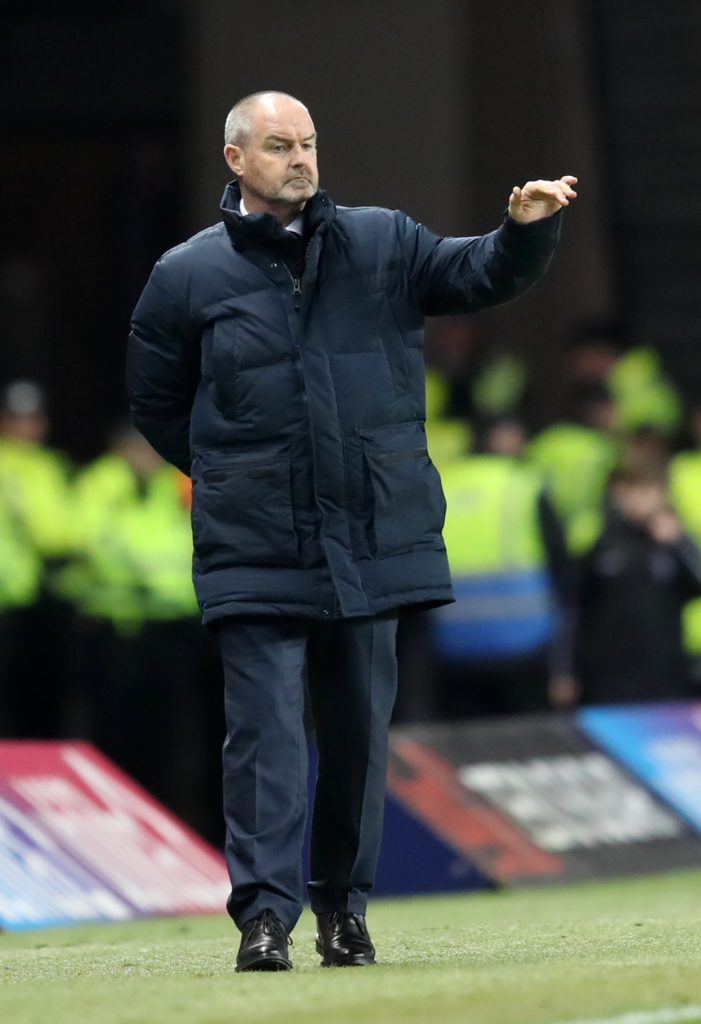 Scotland boss Steve Clarke has issued Celtic striker Leigh Griffiths a challenge as he tries to regain his place in the national team in the coming months.

Griffiths has struggled with injuries in recent months and also spent time away from the game, but the former Wolves man is now back in the fold after scoring against Partick Thistle in the Scottish Cup last week.

He also started Wednesday’s Scottish Premiership clash with Kilmarnock, netting during the 3-1 win.

The 29-year-old has not been called up by Clarke since he took charge last summer, but with a big few months on the horizon, he is now considering his options.

Scotland face Israel in March in the play-offs for the European Championships, and Clarke currently has Oliver McBurnie, Steven Naismith and Lawrence Shankland at his disposal.

Griffiths has not given up on his Scotland chances, and he is eager to add to his 19 caps, and Clarke says if he can start to earn regular minutes for Celtic, he will be given his chance.

He told Sky Sports: “It’s good for Leigh to be back on the pitch. The more games he gets, hopefully, he’ll score a few goals and put himself forward because as the national manager, I want as many options as I can in every position on the pitch.

“You need to play week in, week out and put yourself in a position that I’ve got a choice to make. Leigh can be another option in that position. But he has to stay fit, he has to stay in the team, and he has to score goals.”

Celtic boss Neil Lennon has several options up front at the moment, with Odsonne Edouard his preferred No.9. Ryan Christie has also filled in when needed, while new signing Patryk Klimala has yet to be given his chance after joining earlier in the January transfer window.