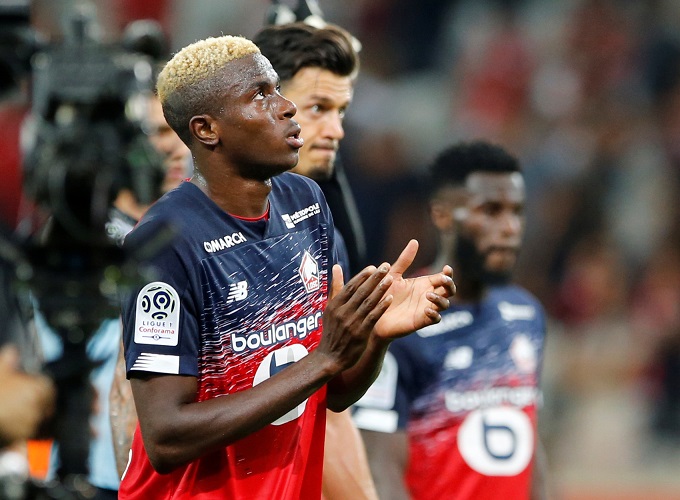 Lille owner Gerard Lopez is adamant he wants to keep reported Tottenham Hotspur target Victor Osimhen at the club into next season.

Spurs are thought to be keeping tabs on Osimhen and his development across the Channel, as he has shone in Ligue 1 this season and has been attracting plenty of admirers.

While Tottenham are interested, Lopez says any club would have to stump a serious amount to lure the forward away, as Lille are eager for Osimhen to be leading the line at the club next season.

“Our desire is to have him with us also in the next season,” Lopez told Calcio Mercato. “There are factors that cannot be controlled, such as the fact that a large club can present itself with a salary offer six times higher than it is today. But sometimes it may be better to wait.”

Tottenham have been plagued by injuries in the attacking department this season, with Harry Kane and Heung-Min Son tipped to miss out the remainder of the campaign.

With 13 goals in 25 matches in Ligue 1 this term, the 21-year-old Osimhen, who has previously also been linked with Liverpool, is thought to have attracted the interest of Tottenham boss Jose Mourinho.

The Portuguese tactician is set to splash the cash this summer in a bid to turn Tottenham into a squad that can challenge for the Premier League crown and Lille might well have their resolve tested when it comes to keeping Osimhen ahead of next season.