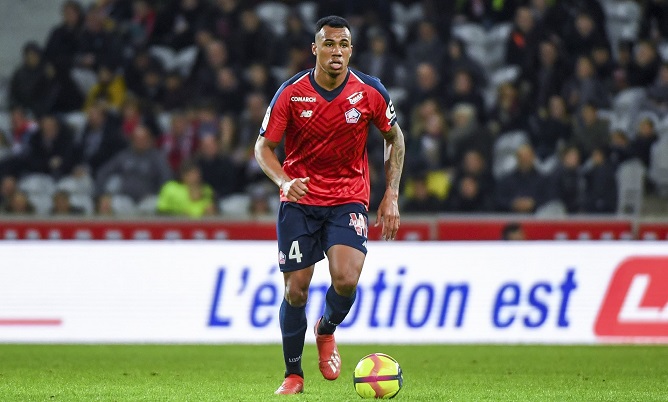 The 22-year-old is very highly thought of in French footballing circles and has been in excellent form this season.

He has made 34 appearances across all competitions this season, scoring one goal in a 2-1 win away at Strasbourg in early February.

He played in all six of their Champions League group stage matches this season as Christophe Galtier’s men exited at the first hurdle after picking up only one point from six games.

Magalhaes has now started to draw interest from other clubs with the Premier League duo thought to be very keen on acquiring him this summer.

Reports suggest that both Leicester and Everton have made offers to the Ligue 1 side and they are currently being considered by Les Dogues, though it also states neither have been accepted yet.

PSG are also thought to be in the mix for his signature with his name set to be speculated about for some time now.

Magalhaes, who has represented his country at Under-20 level, earning three caps, first joined Lille in 2017 from Avai in his homeland.

After an initial spell with the B team, he made his first-team bow in April 2017.

Leicester and Everton are both keen to improve their defences for next season and have identified the youngster as an option.

The Foxes have enjoyed a great season under Brendan Rodgers but will require cover if title-winner Wes Morgan does not sign a new contract at the end of the season.

Everton, under Carlo Ancelotti, are also keen to strengthen and show their financial support to the Italian.