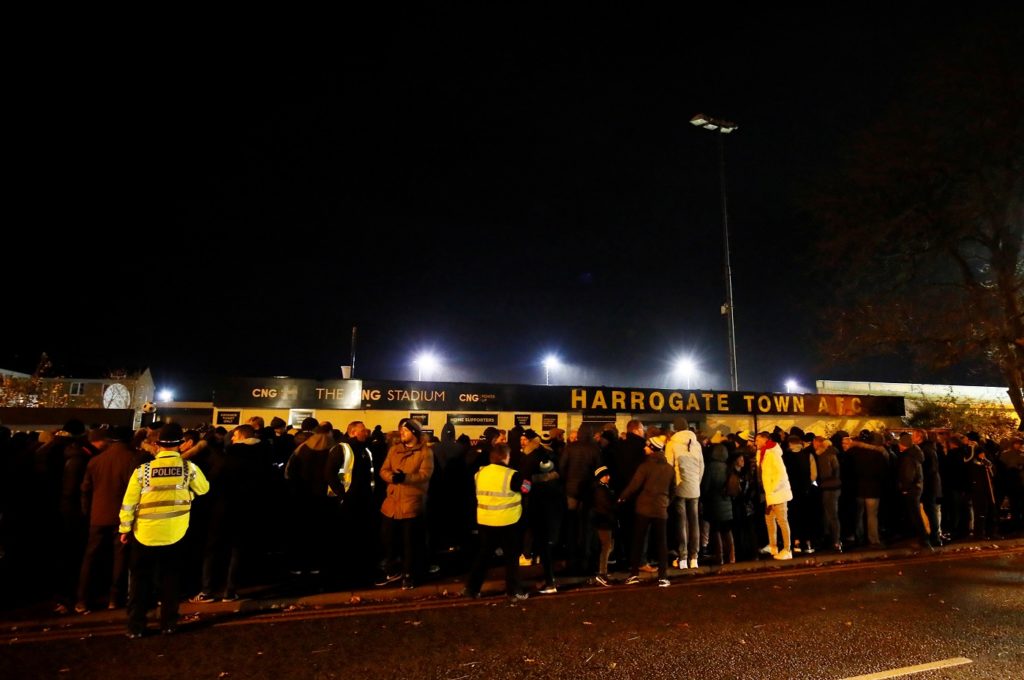 The National League have opted to suspend all their competitions until at least April 3 due to the outbreak of the coronavirus.

Both the Premier League and the English Football League took similar measures last week, but the National League, which operates as the fifth and sixth tiers of the football pyramid, decided that games should go ahead last weekend.

That approach drew criticism in certain quarters, with Chesterfield company secretary Ashley Carson stating they did “not support the decision” and they made their “feelings known” to the powers that be within the National League.

In the end, a number of games were called off, with individual clubs being unable to fulfil their fixtures after members of their playing and non-playing personnel presented with symptoms of the coronavirus.

In total, six matches took place in the National League, with a further six going ahead in the North Division, although in the South all 11 matches were fulfilled.

However, following a meeting on Monday and the government stepping up their efforts to contain the disease, it has now been confirmed that the National League will be suspended with immediate effect.

“At its Board Meeting on Friday, The National League decided to use its best endeavours to keep its season going in the face of unprecedented adversity,” a National League statement read.

“However, with the current coronavirus (COVID-19) reaching global pandemic levels it has to accept that the situation is now out of its own control.

“In those circumstances and in line with The Football Association and the Professional Game, at a Board Meeting today, The National League has decided that its competition is now suspended until at least 3rd April 2020.”

There is now uncertainty surrounding when and if the season will be completed.

Barrow currently sit top of the National League standings, as they bid to secure a return to the Football League for the first time in 48 years, while their main rivals for the only automatic promotion position are Harrogate Town, who have never played in the top four divisions of the pyramid.

For either or both of those sides to miss out on promotion in these circumstances would be a travesty, arguably more so than if Liverpool were denied the Premier League title, as while Jurgen Klopp’s side will be back to challenge in the future, there are no guarantees the same will happen for teams in the fifth tier.