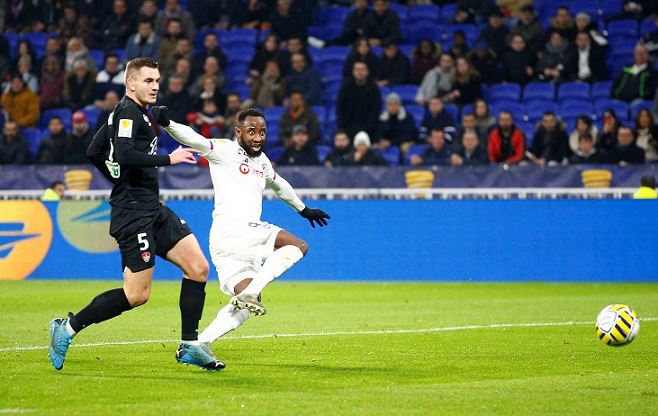 Lyon chairman Jean-Michel Aulas has reiterated that Moussa Dembele will not leave the club in January.

The Frenchman has been strongly linked with a switch away from the Ligue 1 club this January with several teams thought to be admirers.

Chelsea have been at the top of the list for potential destinations this month as they look to bring in competition for Tammy Abraham, with Olivier Giroud and Michy Batshuayi primed for departures.

Manchester United are also thought to be keen on bolstering their attack with the former Celtic and Fulham striker.

This season, he has scored 14 goals in 28 games across all competitions, allowing the 23-year-old to become the main focal point up front for Les Gones since making the move from Celtic in the summer of 2018.

His form has prompted competition for his signature, but, not for the first time, club president Aulas has rubbished speculation he will leave in January.

“We have not changed our minds. We already made this issue clear in August,” he told French outlet RMC. “Moussa is an excellent player. A player who we need.

“We are taking explicit measures in our recruitment to not bring someone in who will compete for his position. It is not a question of money. Moussa will be with us.”

Scouts from Manchester United were in attendance to watch Lyon’s 2-1 win at Bordeaux on Saturday, a match in which he scored the winning goal.

Representatives from West Ham and Newcastle were also there as the transfer speculation shows no signs of ending.

Dembele and Lyon are next in action on Saturday when they go away to Nantes in the Coupe de France.