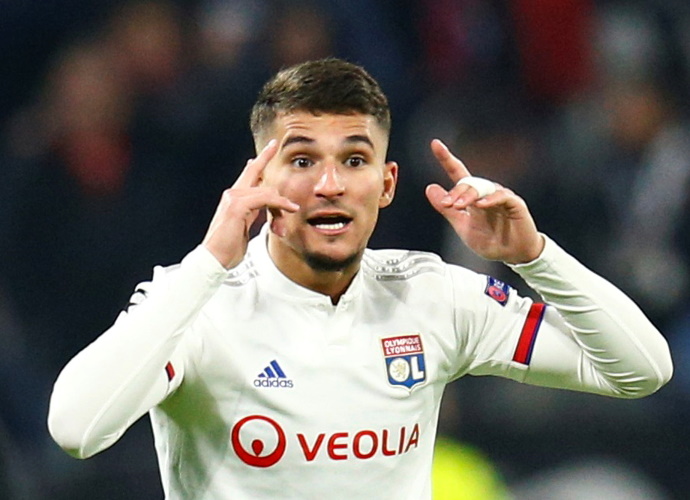 Chelsea have been added to the list of clubs reportedly keen on signing Lyon’s Houssem Aouar in the summer transfer window.

Aouar, 21, has been turning heads with his displays for Les Gones, with 126 appearances in all competitions under his belt despite not turning 22 until late June.

The midfielder, who has bagged three Ligue 1 goals and nine in all competitions this term, has also been linked with the likes of Liverpool and Manchester City, while Italian giants Juventus and French champions Paris Saint-Germain have also shown more than just a passing interest.

Italian outlet Tuttosport are now claiming the Blues are also among his suitors, with Frank Lampard looking to bring in quality at the end of 2019-20.

Chelsea have 'a serious interest' in signing Lyon midfielder Houssem Aouar, according to TMW. They say a fee of €50 million should be enough to make a deal for the 21-year old. pic.twitter.com/URhvCTYRrQ

The Stamford Bridge chief has already signed Hakim Ziyech from Ajax, who will arrive at the end of the campaign, with the west Londoners said to be willing to part with £43m to acquire Aouar’s services.

Aouar, who was born in Lyon, is a versatile player who can operate in the centre of the park or on the left side of midfield, with the France Under-21 ace providing seven assists this season.

He was man of the match as Lyon pulled off a shock 1-0 Champions League last-16, first-leg victory over Juve on Wednesday and has helped the Groupama Stadium outfit to seventh in the French top-flight standings.

They are six points behind fourth-placed Lille, however, and will need to rally over the remaining 12 games to secure a berth in next season’s elite club competition.