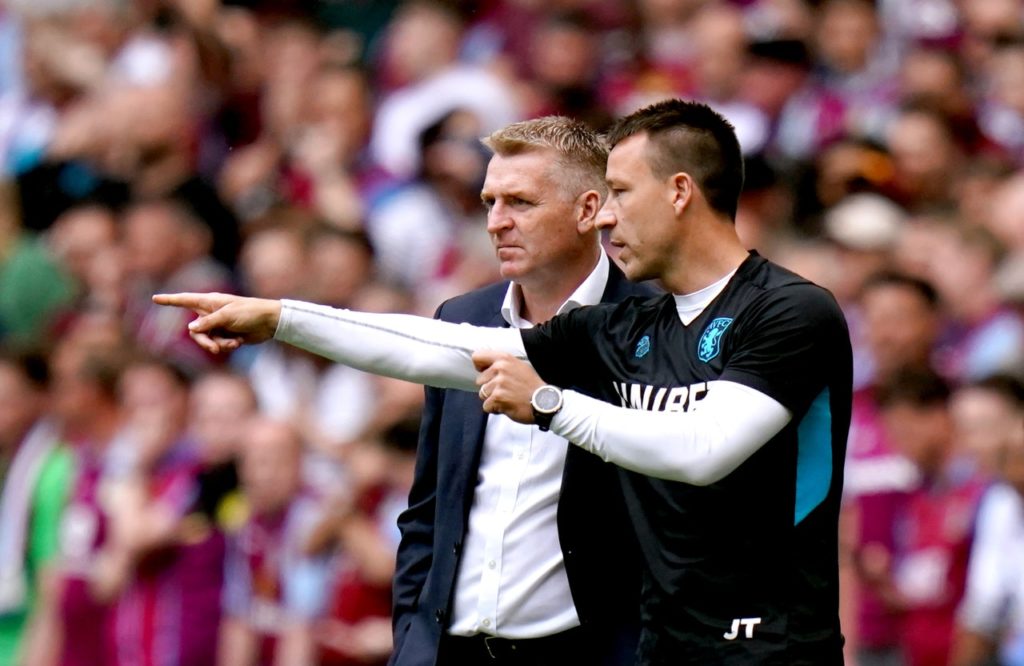 Aston Villa manager Dean Smith believes assistant John Terry's own League Cup triumphs will serve as a spur to his players ahead of Sunday's final.

Terry lifted the trophy on three occasions during his time with Chelsea, with Smith revealing he took his son to watch the Blues’ last victory in 2015 when they beat Tottenham 2-0.

Five years on and former England captain Terry will be on the touchline with the Villa boss for the Carabao Cup final against Manchester City, with the duo aiming to end the two-year reign of Pep Guardiola’s side.

“I’ve used John as a pointer to the players very often in this competition, and how much it meant to him to lift a trophy,” Smith said.

“People can belittle the League Cup as being below the FA Cup, but you try and take one of those off John Terry and he’ll tell you quite markedly what he believes. He openly talks about the need to go and win trophies and finals.”

This is what Dean Smith had to say in his pre-match press conference ahead of the #CarabaoCup Final. 🎙️#AVFC pic.twitter.com/G3jCVKv06N

Villa go into the game as heavy underdogs as a run of three successive league defeats has them fighting to avoid an immediate return to the Championship.

However, there have been plenty of League Cup final shocks over the years and the Villans will be hoping they can add the Citizens’ name to that list.

Jack Grealish, who is being tipped to earn a place in England’s Euro 2020 squad, will be key to Villa’s chances of lifting the trophy for the first time since 1996.

The 24-year-old midfielder is the club’s top scorer in the Premier League this season with seven goals, while he has registered six assists.

City arrive at Wembley on the back of a fantastic 2-1 victory at Real Madrid in the first leg of their last-16 Champions League clash.

Sergio Aguero and Raheem Sterling both started on the bench in that fixture and could be recalled to the starting XI for the cup final.