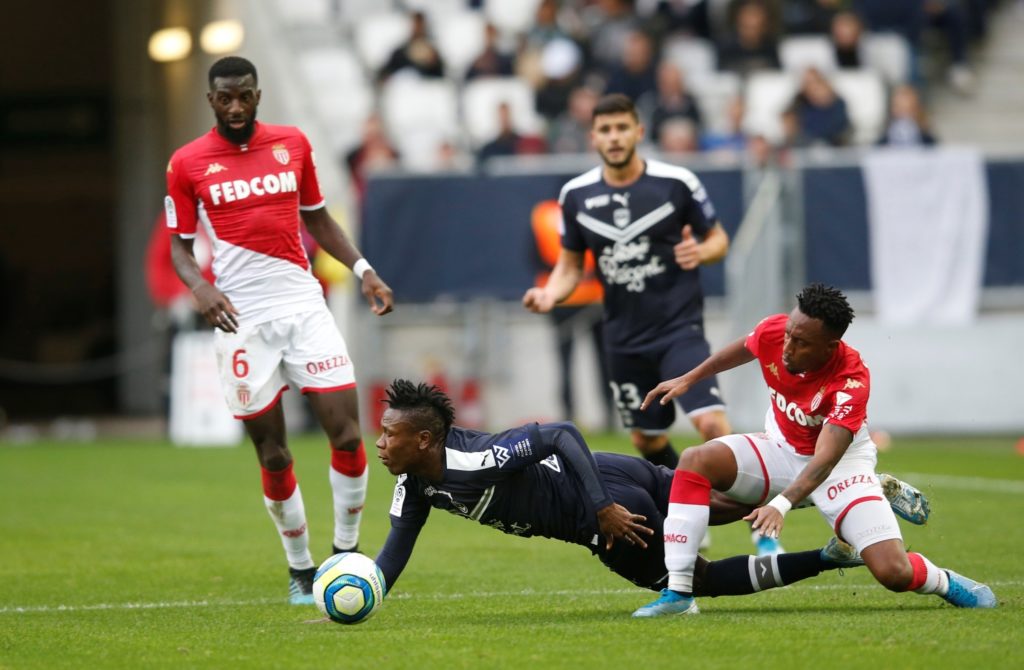 Monaco winger Gelson Martins has been handed a six-month ban after pushing the referee during a Ligue 1 match.

The incident occurred during the principality outfit’s 3-1 loss to Nimes at Stade des Costieres on February 1.

Team-mate Tiemoue Bakayoko was sent off on 32 minutes for a dangerous tackle and the red mist then descended on 24-year-old Martins, who confronted and pushed referee Mikael Lesage in response to the decision.

The Portugal international wide man followed his colleague in seeing red and took it upon himself to push the official again before leaving the pitch.

Gelson Martins has been delivered a 6 month ban for pushing the referee in the Ligue 1 clash against Nîmes. pic.twitter.com/X71wwPfOsp

The Ligue de Football Professionnel acts as a disciplinary panel in French football and they issued a statement to explain the penalty imposed.

It read: “After examining the file and hearing the player, the commission has decided to sanction Gelson Martins with a closed six-month ban. This decision is effective from February 6.”

Coach Robert Moreno will now have to do without the man who has scored four league golas from 21 outings this term, helping Monaco to seventh in the standings.

They still have an outside chance of finishing in the top three although they need to bridge a seven-point gap to Rennes without Martins.

Despite having 21 Portugal caps to his name, it seems likely the former Sporting ace will not be considered for selection for this summer’s Euroepan Championship as Fernando Santos’ side look to defend their title.

Monaco are away at Nice on Saturday and a frustrated Martins will be just a spectator.