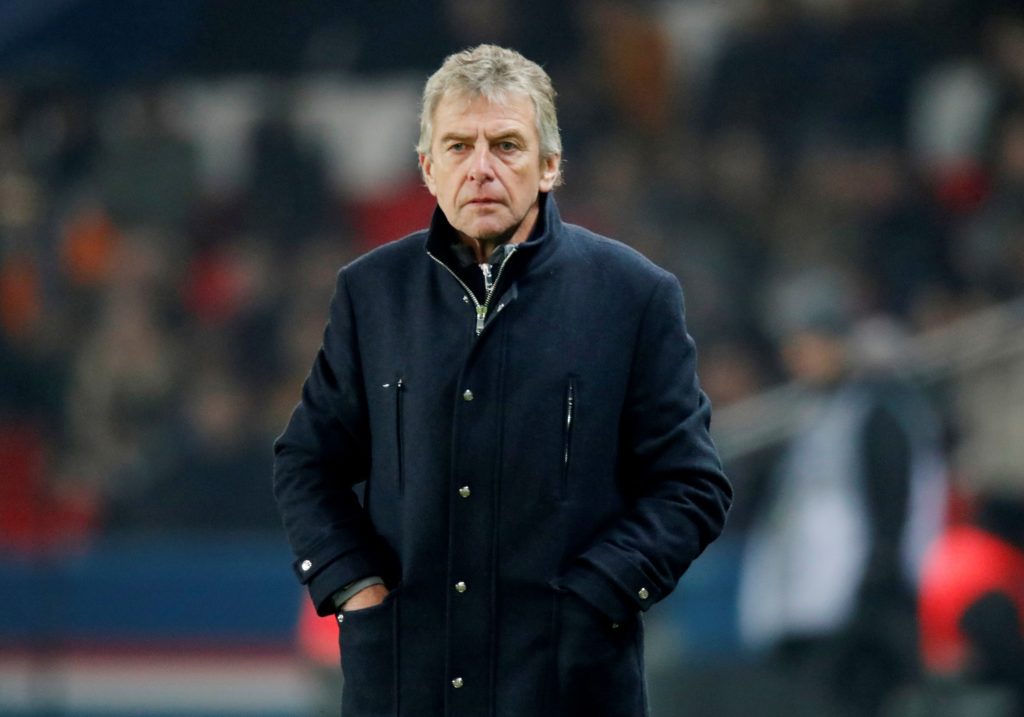 Gourcuff watched on as Les Canaris spurned a 2-1 advantage handed to them by Moses Simon in the 80th minute, with late heartache befouling them.

Nantes headed into the game without Nicolas Pallois and Fabio Da Silva, while youngster Jean-Claude Ntenda left during the window.

As a result, they required a re-shuffle, with Slovenian international midfielder Rene Krhin stationed in central defence and life was made tougher when right-back Dennis Appiah limped off with four minutes left.

Despite their lack of numbers, Gourcuff’s side looked set to take all three points from their 100km trip up the E3 to their Breton neighbours.

The 64-year-old previously coached at Roazhon Park and so the defeat stung him even more and he was less than complimentary about his team, who remain sixth in the Ligue 1 table.

While he mentioned their defensive issues, the boss admitted his team fell short when it mattered and now need to regroup ahead of Tuesday’s visit of Paris Saint-Germain.

“Unbelievable scenario, but there are reasons,” Gourcuff is quoted as saying by the club website. “We can only blame ourselves. We had the match in hand.

“With a weakened defence, this scenario is not easy. All the clubs who have lost their central defenders are weakened. But we contained them but were loose at the end of the match.”