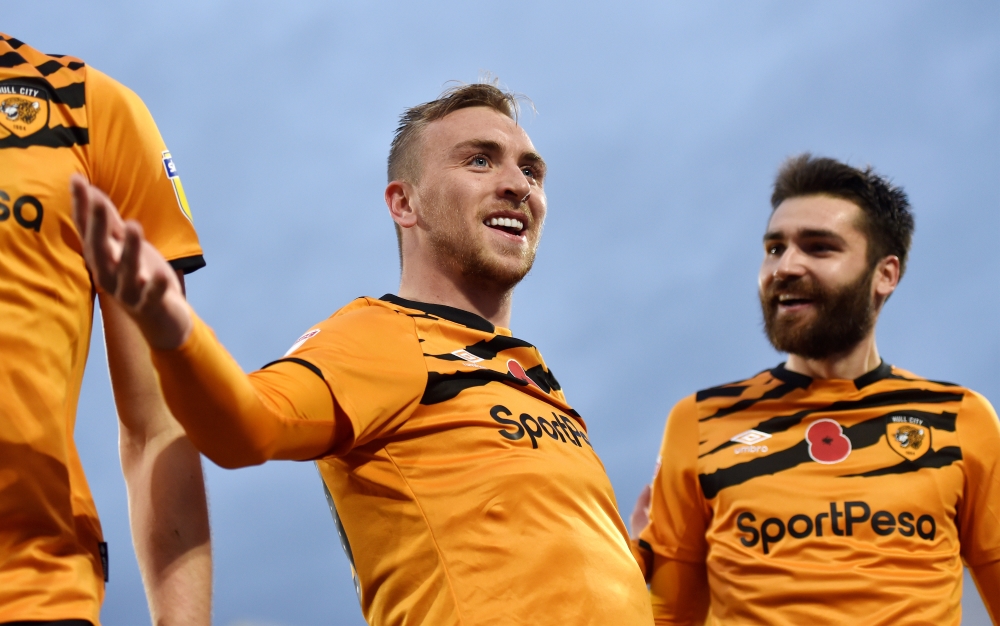 The Hammers snapped up the 23-year-old late on Friday evening for an undisclosed fee, reported to be £18million in a deal that could potentially rise to £25m.

Bowen has signed a five-and-a-half year deal with the Londoners and Moyes feels he can make an instant impact in the Premier League.

The forward managed 18 goals in 33 appearances across all competitions for Championship outfit Hull in the first half of the season, and Moyes is confident he has all the right attributes to successfully make the step up to top-flight football.

“We are delighted to welcome Jarrod to West Ham United. I think he could be a big success,” Moyes told the club website.

“He’s probably what you’d call a wide forward these days, or perhaps an old-fashioned inside-right. He has played a couple of games as a second centre forward or as a No10.

“When you score goals like he does, and in the numbers he does, in the Championship, it will give you a great chance of scoring goals in the Premier League. We were attracted to the goals he has scored over the years; not just in one year, but over the last three years.”

Bowen began his career with Hereford United and made the move to Hull as a youngster in the summer of 2014.

The attacker did manage seven appearances for Hull in the 2016-17 season when they were a Premier League club and established himself as a Tigers regular in the following campaign after they had been relegated.

In total, Bowen managed 54 goals in 131 appearances across all competitions for Hull.