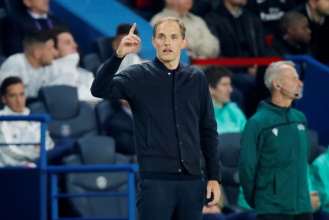 QSI, who are headed by chairman Nasser Al-Khelaifi, has structured a major overhaul at the Parc des Princes in the last nine years.

The likes of David Beckham, Zlatan Ibrahimovic and Neymar have all donned the club’s colours since the takeover, and PSG have dominated Ligue 1 ever since.

PSG have won six of the last seven titles, with only Monaco stopping their dominance. PSG’s owners are desperate for success in the Champions League, but the likes of Carlo Ancelotti and Unai Emery have all failed in their quest.

Tuchel’s men face Borussia Dortmund in the last 16 of the Champions League, and Fernandez says the current coaching staff are not delivering the goods.

He told DPA: “In terms of last season’s results, Tuchel is the worst coach since the Qatari takeover. He is still far from the level of Jurgen Klopp, Pep Guardiola or Carlo Ancelotti.”

Despite Fernandez’s criticism, reports suggest Manchester United are keeping their eye on Tuchel as it stands.

Current coach Ole Gunnar Solskjaer has struggled to kick on since replacing Jose Mourinho last summer and the likes of Massimiliano Allegri and Mauricio Pochettino are being linked with a move to Old Trafford.

Le10 Sport claim United are still keeping tabs on Tuchel, should the former Dortmund coach leave the Parc des Princes in the summer.

PSG are next in action on Saturday as they prepare to travel to Amiens in the league, before their first meeting with Dortmund on February 18.