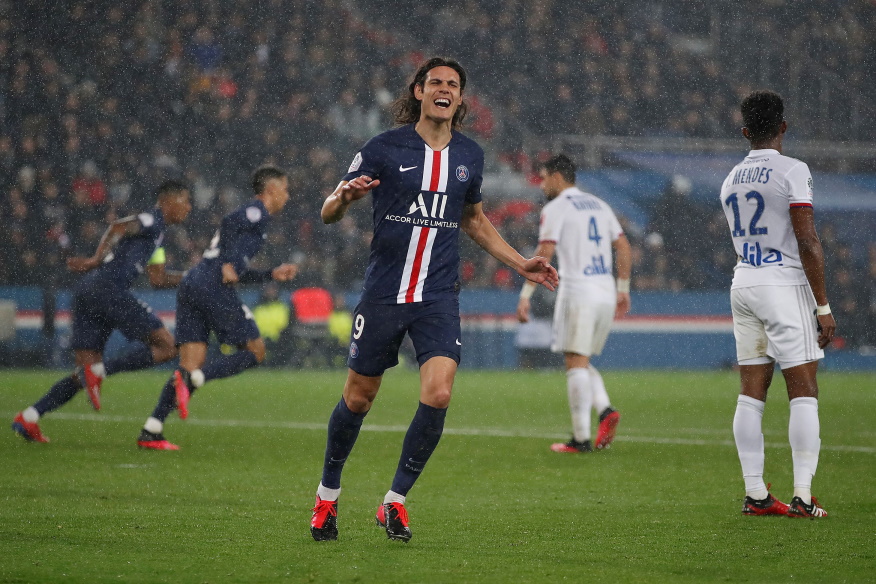 Thomas Tuchel says Edinson Cavani is fully focused on Paris Saint-Germain and has not been affected by his failure to seal a move away in January.

The PSG striker was in demand during the window with a host of top clubs chasing his signature, ready to offer him the chance to play more regular football, but he ended up staying where he is.

The Uruguayan will be on the move in the summer though when he falls out of contract and will be able to leave on a free transfer.

However for now, he is focused on PSG and seems determined to go out with a bang by winning more silverware with the club.

Cavani was on target as PSG continued their push towards yet another Ligue 1 title with a 4-2 win over Lyon on Sunday, and Tuchel was delighted with the attitude of the 32-year-old.

Goal No199 for Edinson Cavani with PSG.

“Whenever there’s competition it’s good. We need all the players. I’ve always said that,” Tuchel told reporters after the game.

“You can feel that Edi [Cavani] is stronger in training at the moment because things are clear after the market. It’s been like that for a few days now. He made a very good entrance [in the game], he put in a very important goal. It’s good for him and for us.”

It was just Cavani’s third goal of the season but all concerned with the Parisians will be hoping there are a few more to come before the season is out.

Atletico Madrid remain in the box seat to take him on a free transfer in the summer.