Ronaldo backs Mbappe to be future of football 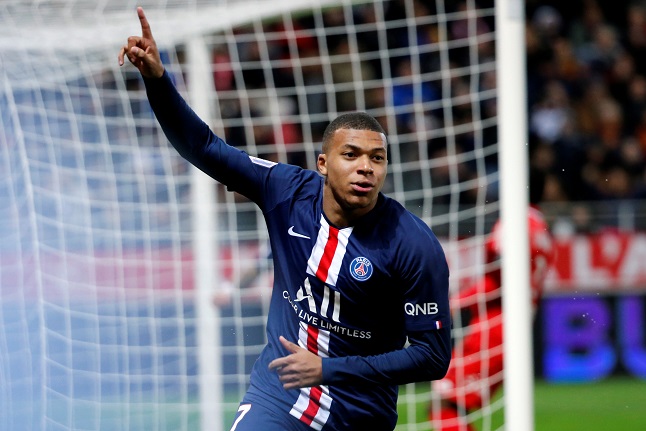 Mbappe, 21, has defied his tender years to score goals for fun, first at Monaco and now with the Ligue 1 champions.

The Parisian bagged 26 goals from 44 outings for the principality outfit in 2016-2017 to earn a move to PSG, initially on loan, in the summer of 2017, and has gone from strength to strength in the capital.

Still only two thirds through his third season at the Parc des Princes, the man with 34 France caps has scored 84 times in 116 appearances in all competitions and appears to have the world at his feet.

Already a World Cup winner with Les Bleus, Mbappe his notched 13 times for France and looks set to light up this summer’s European Championship.

'Kylian Mbappe is the present and the future'

Juventus ace Ronaldo knows all about scoring goals as the 35-year-old forward has 625 in an amazing career and it seems as though he is a big fan of the youngster.

“Mbappe is the future and the present,” the Portuguese star told Marca. “He’s a fantastic player, very fast, and he will be the future.”

Mbappe’s goals have helped PSG to the top of the Ligue 1 table, with Thomas Tuchel’s men 10 points clear of Marseille in second spot with 13 games to go.

However, they now have it all to do to progress in the Champions League after going down 2-1 to Borussia Dortmund in the first leg of their last-16 encounter on Tuesday night.