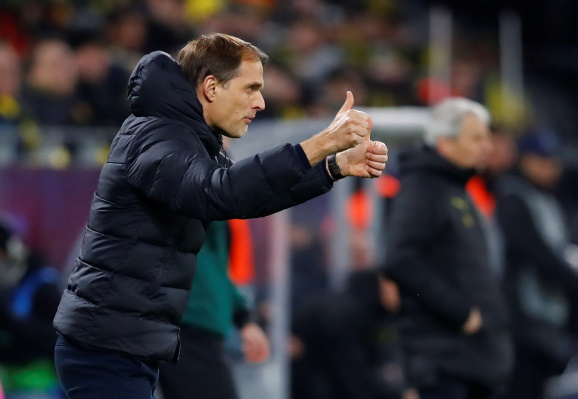 Paris Saint-Germain boss Thomas Tuchel says his side have what it takes to turn around a 2-1 deficit against Borussia Dortmund in the Champions League.

PSG were boosted by the return of Neymar heading into the last-16 clash at Signal Iduna Park, and even though the Brazilian got on the scoresheet, it was Dortmund’s Erling Braut Haaland that again stole the show.

The 19-year-old, who joined BVB from RB Salzburg in January, now has 11 goals for his new club and 39 goals in 29 appearances this season.

He gave Dortmund the lead on 69 minutes, but it was short-lived as Neymar, returning to the side following a rib injury, equalised on 75 minutes.

Final from Germany in the @ChampionsLeague first leg vs. Borussia Dortmund #BVBPSG pic.twitter.com/ygvlNVmQUD

That didn’t last long either as Haaland chipped in again with the winning goal just two minutes later to give his side a slender lead for the second leg at the Parc des Princes.

PSG did not create enough throughout the game with Angel di Maria and Kylian Mbappe having quiet games, but Tuchel was not reaching for the panic button after the game.

He knows it was far from the perfect performance but believes they can turn it around in the second leg on home soil, where they have bagged 18 goals in the last four games.

“We didn’t have enough possession, we made too many easy mistakes, we weren’t smart enough and we lost the ball too early,” said Tuchel. “It’s difficult, but it’s 2-1 and we still have a few games left to get back into the rhythm.”