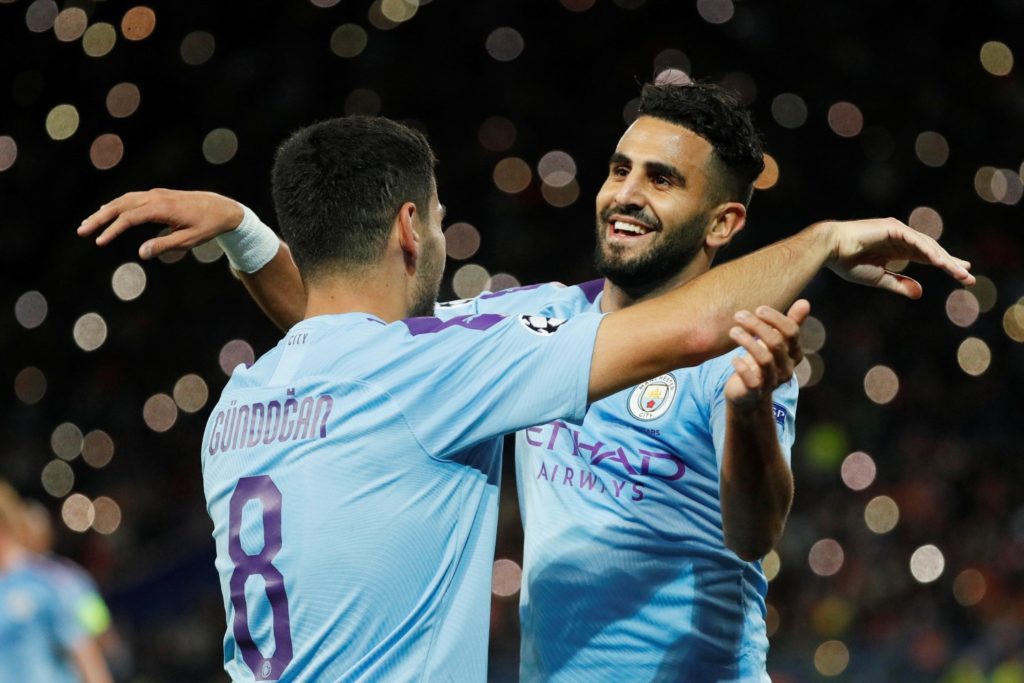 Paris Saint-Germain have a chance of signing Riyad Mahrez from Manchester City but will have to pay £80million to get the deal done.

The Algeria international has emerged as a transfer target for PSG as doubts surround the future of Kylian Mbappe and Neymar, and if reports are to be believed, they have a chance of getting the deal done.

It has been claimed City would be willing to cash in if the Parisians met their valuation, which is said to stand at £80million.

If PSG did lose either Mbappe or Neymar, they would have no problems whatsoever meeting that valuation, and would still have plenty of cash left over to strengthen other areas of their squad.

In an ideal world, PSG would like to keep both of their star forwards and strengthen further. However, there is a very good chance that one of them, probably Neymar, will be on the move.

There is talk of Barcelona making another move, and PSG could finally let him go, then use the cash to get Mahrez on board.

The playmaker, who joined City from Leicester back in 2016 for a fee of £60million following a drawn-out transfer saga, has turned out to be a good signing for the Premier League champions.

The 29-year-old has chipped in with nine goals and 14 assists for Pep Guardiola’s men this season, making 37 appearances in all competitions. And such form has caught the eye of PSG, who are keen to get a deal done.

Mahrez still has three years remaining on his current deal, so City are under no pressure, but all indications suggest they will sanction a sale if the price is right.