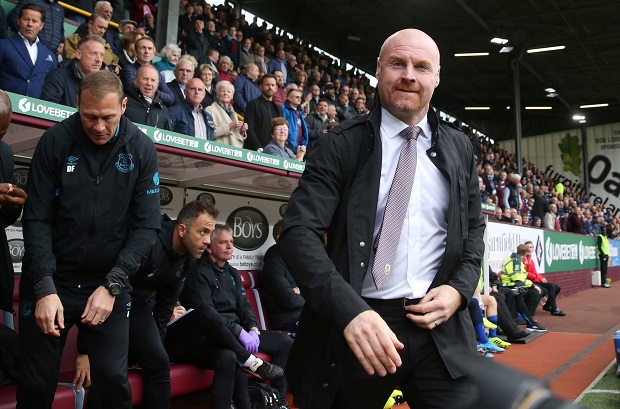 Burnley’s Sean Dyche has been named the Premier League manager of the month for February.

The 48-year-old claims the award for the second time, having also been rewarded for his Turf Moor efforts in March 2018.

The Clarets had put together a seven-game unbeaten run before the coronavirus pandemic brought the season to a halt, with four wins and three draws seeing the Lancastrians sit 10th in the table, with 39 points to their name.

A four-match losing sequence in December and January ended with a 2-1 home win over Leicester City on January 19, while they then turned over Manchester United at Old Trafford.

However, it is for guiding his charges to two wins and two draws last month that Dyche has been recognised.

The month began with a 0-0 draw at home to Arsenal before a 2-1 triumph over Southampton at St Mary’s, a result Dyche feels was crucial.

“The most important of the four results was probably Southampton,” he told the Premier League’s website. “They were on a good run and we lost a player in Woody (Chris Wood) early on, put Vyds ([Matej Vydra) on and it paid off.”

Vydra scored the winner on 60 minutes and was also on target in the next match – a 3-0 home win over Bournemouth.

Having been held by the Cherries in the first half, the hosts scored three after the break, with Jay Rodriguez netting a penalty and Dwight McNeil also on target.

The month ended with a goalless draw against Newcastle at St James’ Park and it seems likely Dyche’s men have done enough already to earn a spot in next season’s Premier League.

The former Chesterfield defender comes across as a straight-talking individual, and rarely looks too happy on the touchline, but it seems if you look behind the mask, he takes pleasure from his job.

“I’m always looking at the end of the season, where you finish, and not the journey within it,” he added. “But I do enjoy it more than people think.”