Swindon signal intent by tying down Wellens to new deal 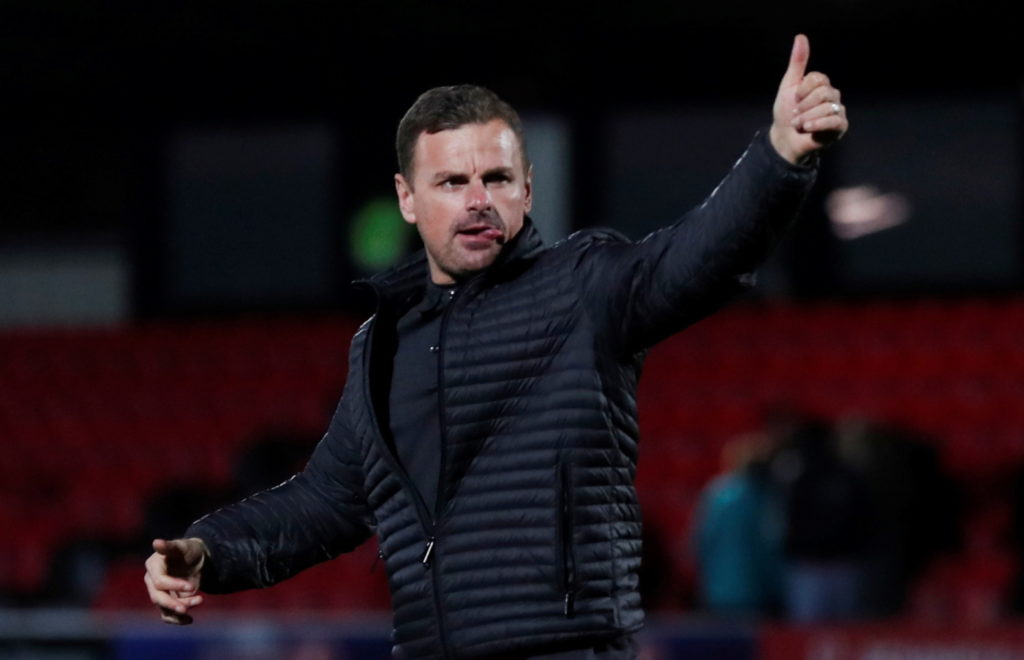 League Two leaders Swindon have signalled their intent by tying down manager Richie Wellens to a new three-and-a-half-year contract.

Wellens has certainly proved a huge hit since succeeding Phil Brown as Swindon manager in November, as he took over a club that was massively underachieving in 18th place in the Football League’s bottom tier.

The 39-year-old’s only previous experience in management prior to taking over the hot-seat at the County Ground had been a largely unsuccessful spell at Oldham during the 2017-18 season. When there, despite improving results upon his arrival, he ultimately could not stop the Latics from suffering relegation from League One.

That meant Wellens’ move at Swindon was perhaps a little underwhelming, but he quickly set about proving his doubters wrong and eventually guided Town to a 13th-place finish, not where the Robins wanted to be, but the signs were there of a further improvement this season.

That has certainly proved to be the case, as Swindon currently sit top of the League Two standings having taken 66 points from their 34 games to date, which leaves them with a two-point cushion on nearest rivals Crewe.

Wellens has not only got Swindon playing better as a team, but he is also getting a tune out of individuals, most notably forward Eoin Doyle, who is by far and away the leading scorer in the division, notching 24 goals in 26 appearances for the Robins so far this term.

Unsurprisingly, Wellens’ impressive work has not gone unnoticed by teams higher up the football pyramid, with reports emerging earlier this week that Blackpool had approached Swindon about speaking to the former midfielder regarding their vacant managerial position.

That approach was quickly turned down and Swindon instead moved to tie Wellens down to a new contract, with the length of the deal perhaps signalling the club’s intent and ambition going forward.

Indeed, it is only five years since Swindon came within 90 minutes of earning promotion back to the Championship, although they ultimately came up short in the 2015 play-off final against Preston.

Swindon last played in the second tier back in 2000 but, with Wellens at the helm, supporters are excited about the possibility of returning to that level in the near future.

Of course, Swindon even played in the Premier League during the 1993-94 season – although a return to the top tier may seem a little far-fetched at this stage – even for a manager whose future looks as bright as Wellens’.