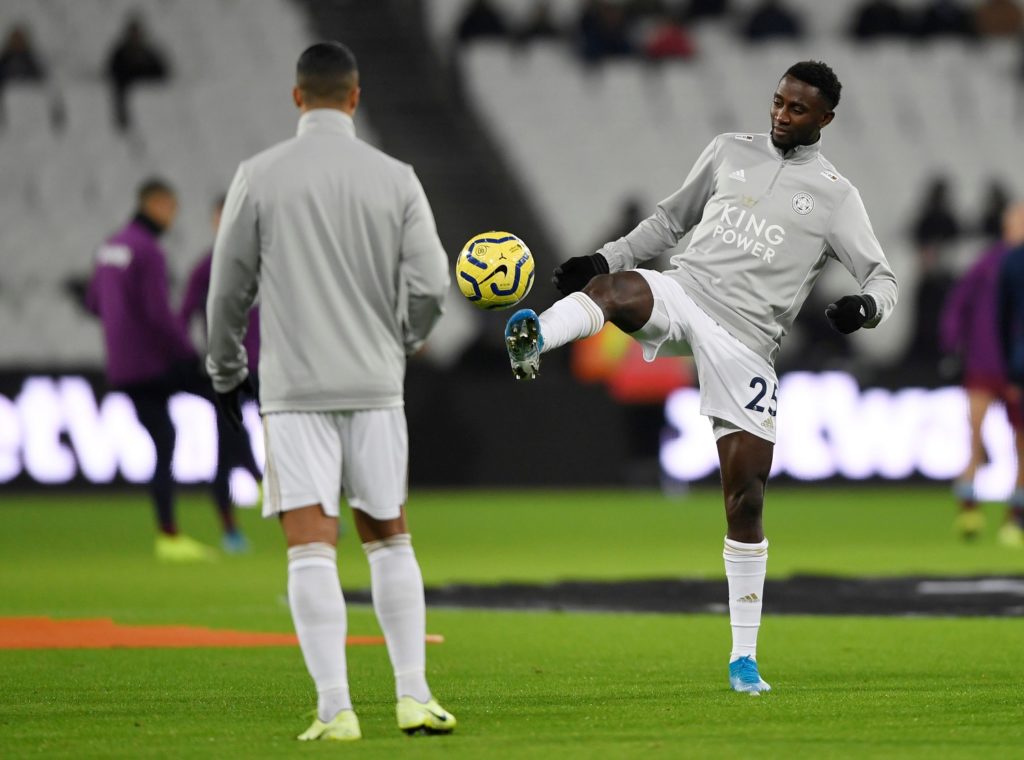 Leicester look set to be boosted by the return of Wilfred Ndidi when they host West Ham in the Premier League on Wednesday evening.

Ndidi suffered a knee injury in training ahead of his team’s EFL Cup semi-final, first-leg draw against Aston Villa and was expected to miss around six weeks after undergoing surgery.

The Nigerian has not played in the Premier League since the 3-0 win at Newcastle on New Year’s Day and it is no surprise his team have suffered without him.

Boss Brendan Rodgers has tinkered with his formation to compensate for the 23-year-old’s absence but has been unable to find a winning formula, with the Foxes losing their last two matches to Southampton and Burnley to slip to third in the standings.

Rodgers has suggested Ndidi could come back into the side for Wednesday’s match, while Hamza Choudhury and Ben Chilwell may also return.

The pair were left out at Turf Moor after a reported breach of discipline which the boss says has been sorted out by his squad’s internal fining system.

West Ham were hit with the news on Tuesday that Felipe Anderson has been ruled out for a month due to a back injury.

Andriy Yamolenko remains sidelined due to an abductor issue, while Michail Antonio misses out for a fifth-straight match due to a thigh problem.

Lukasz Fabianski, Ryan Fredericks and Jack Wilshere are also sidelined and so David Moyes may tweak his selection for this game, having finished Saturday’s 1-1 draw against Everton with Arthur Masuaku playing as a left winger after replacing Pablo Fornals.

Goals from Kelechi Iheanacho and Demarai Gray helped Leicester claim a 2-1 win at the London Stadium when the pair met on December 28, a result that led to Manuel Pellegrini’s sacking.

Sixteenth-placed West Ham do have a decent recent record at King Power Stadium, taking four points from their last two visits, and a victory would be timely as they are sitting just a point above the relegation places.