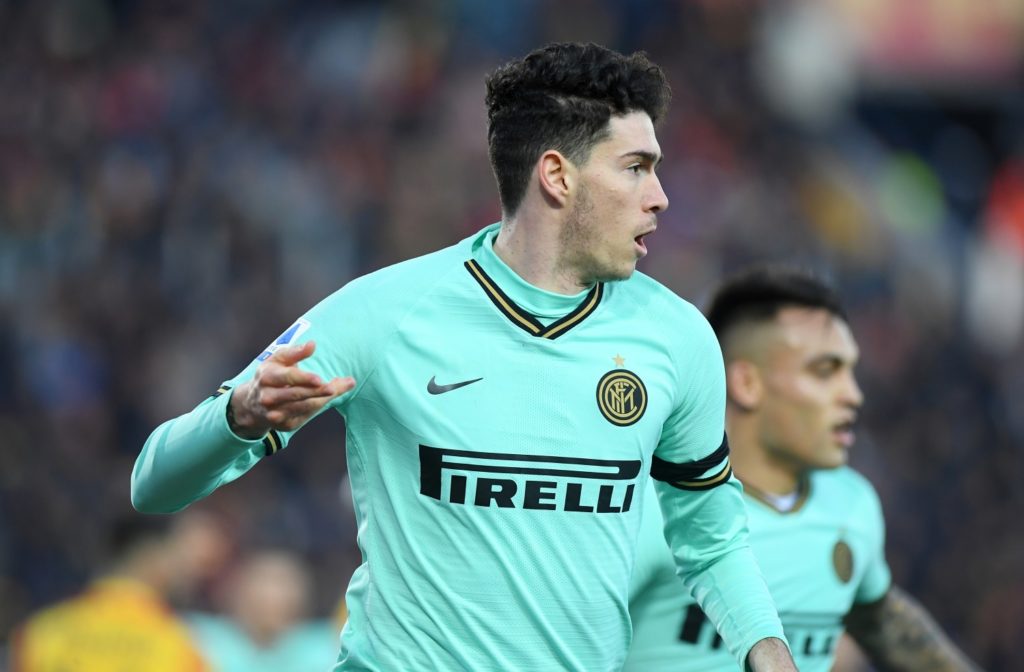 Manchester City will reportedly not give up on Inter Milan's highly-rated central defender Alessandro Bastoni despite being warned off by his club.

Scouts at the Etihad flagged up the powerful 20-year-old to boss Pep Guardiola and have been compiling updates on his progress since spending last season on loan at Parma.

It is understood City recently sounded out Inter’s executives about putting a deal in place for this summer and were ordered to stay well clear.

The former Atalanta youth graduate has established himself back at the San Siro, with some Italian commentators likening his playing style to legendary former Inter defender Ivan Cordoba, who represented the Nerazzurri between 2000-2012.

Inter want Bastoni to extend his present agreement beyond 2023, with the intention of also inserting a £55m buyout figure into his new deal.

Manchester City have enquired about the availability of Inter Milan central defender Alessandro Bastoni (20) in 'recent days' – the answer was a very simple "no".

The Serie A giants had assumed City’s spies were making another check on fellow centre-back Milan Skriniar, who Guardiola has also been maintaining a watching brief on for well over a year.

However, club insiders have suggested it is Bastoni’s displays for the Serie A giants that have caught their eye, with plenty of years ahead of him.

Guardiola is plotting a revamp of his squad at the end of this campaign, with two new central defenders at the top of his priority list.

Nicolas Otamendi is expected to quit and there are increasing question marks over the long-term future of England international John Stones, having been linked strongly to Arsenal.

There are also suggestions the Citizens may be willing to offer left-back Joao Cancelo as a potential makeweight to entice Inter to come back to the table on Bastoni.

Cancelo remains unsettled after his £60m arrival from Juventus last summer. The Portugal defender spent a successful year on loan at Inter from Valencia during the 2017-18 season, impressing during his short time with them.