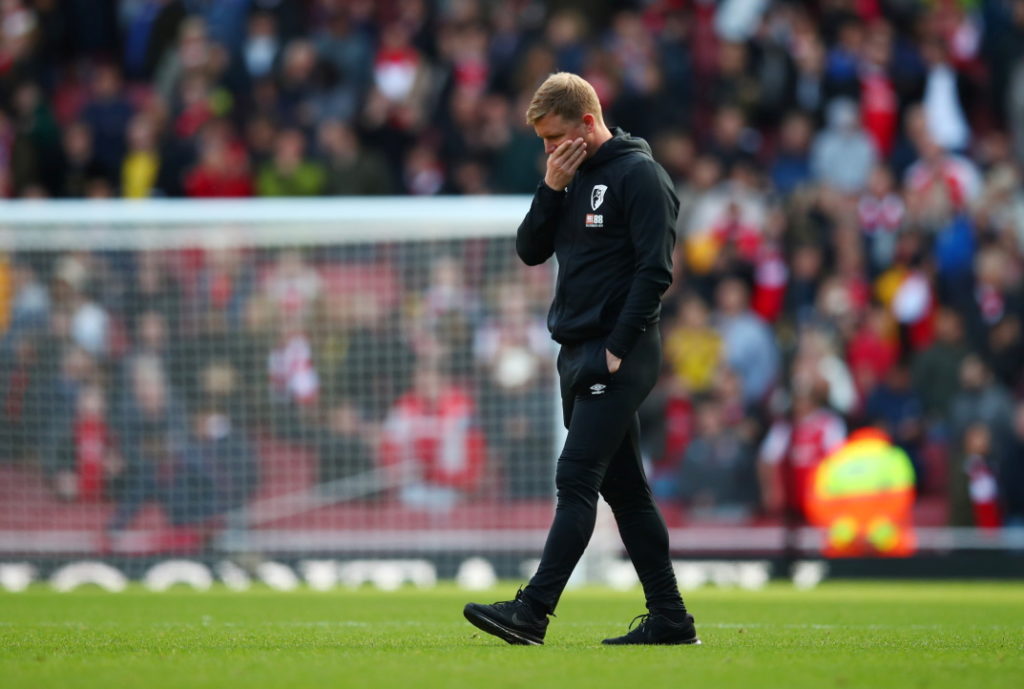 Bournemouth boss Eddie Howe has a host of injury concerns to contend with ahead of Monday’s FA Cup fourth-round clash with Arsenal.

The Cherries are struggling down in 18th place in the Premier League table and are battling to avoid the drop as injuries to first-team stars have hampered their form this season.

Howe does welcome back defender Steve Cook after suspension, while midfielders Lewis Cook and Dan Gosling are believed to be pushing for starts at the Vitality Stadium on Monday.

As for the visitors, Sokratis Papastathopoulos is set to return for Arsenal at Bournemouth after a bout of illness and partner Shkodran Mustafi at the heart of defence.

If the Greece international is not fit enough to start, it would open the door for Rob Holding to play at centre-back.

Holding suffered anterior cruciate ligament damage in December 2018 and has failed to get back to the type of form he displayed before his injury.

But Arteta has talked up the English defender and is hoping he can help Holding find his old form again after his injury setback.

“Obviously the fact he was out for such a long time, he is lacking competition and lacking that rhythm that we need to try and give him as much as possible to help him.”

Arteta conceded due to Arsenal’s injuries at the back, with Calum Chambers (knee) and Kieran Tierney (shoulder) out, he cannot allow Holding to depart on loan and the 24-year-old could be set for some game time against the Cherries.