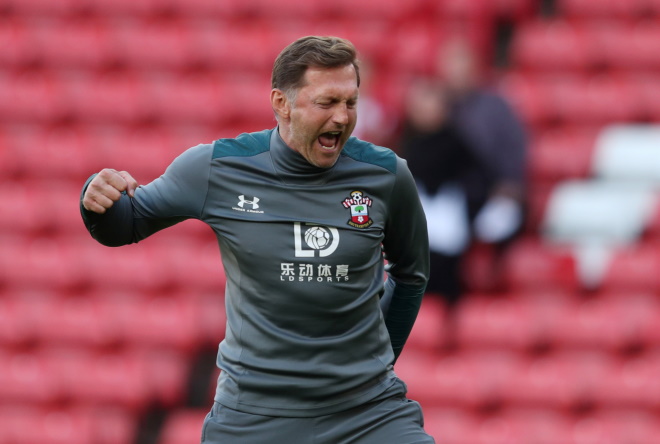 Kyle Walker-Peters could be handed his Southampton debut when Ralph Hasenhuttl's men play host to a resurgent Burnley side at St Mary's on Saturday.

The Saints made just one addition to their squad during the January transfer window, bringing in Walker-Peters on loan from Tottenham for the remainder of the campaign.

The 22-year-old had slipped down the pecking order in north London and is hopeful of getting his fair share of game time on the south coast.

The Englishman will battle it out with Yan Valery for the right-back berth in Hasenhuttl’s team but, with the French defender still working his way back from injury, Walker-Peters looks set to get the nod against Burnley.

Southampton are hopeful of having James Ward-Prowse available for the Saturday lunchtime encounter, with the midfielder having seemingly overcome the knee injury he picked up in the FA Cup fourth-round replay loss at Tottenham.

Hasenhuttl has a decision to make about who to play in midfield, with Moussa Djenepo and Adam Armstrong battling it out for a starting berth.

Former Burnley striker Danny Ings is expected to be partnered by Shane Long up front.

Southampton will be hopeful of gaining a measure of revenge against Burnley having been beaten 3-0 at Turf Moor in the reverse fixture on the opening weekend of the season.

Ashley Barnes scored twice that day but he will not be in the Clarets squad that travels south as he continues to battle a troublesome groin injury.

Also missing from the squad will be Johann Berg Gudmundsson, with Dyche revealing they are handling the Iceland international careful upon his return to training following a thigh issue.

Matt Lowton will need to pass a late fitness test after taking a knock to the knee against Arsenal in Burnley’s last game before the winter break and Charlie Taylor must also undergo a check due to a hamstring issue.

Burnley head to Southampton hoping to maintain their recent good run of form having moved level on points with the Saints courtesy on two wins from their last three matches.

Meanwhile, Hasenhuttl’s side have lost three of their last five matches, albeit those defeats have come against Liverpool, Tottenham, and Wolves.