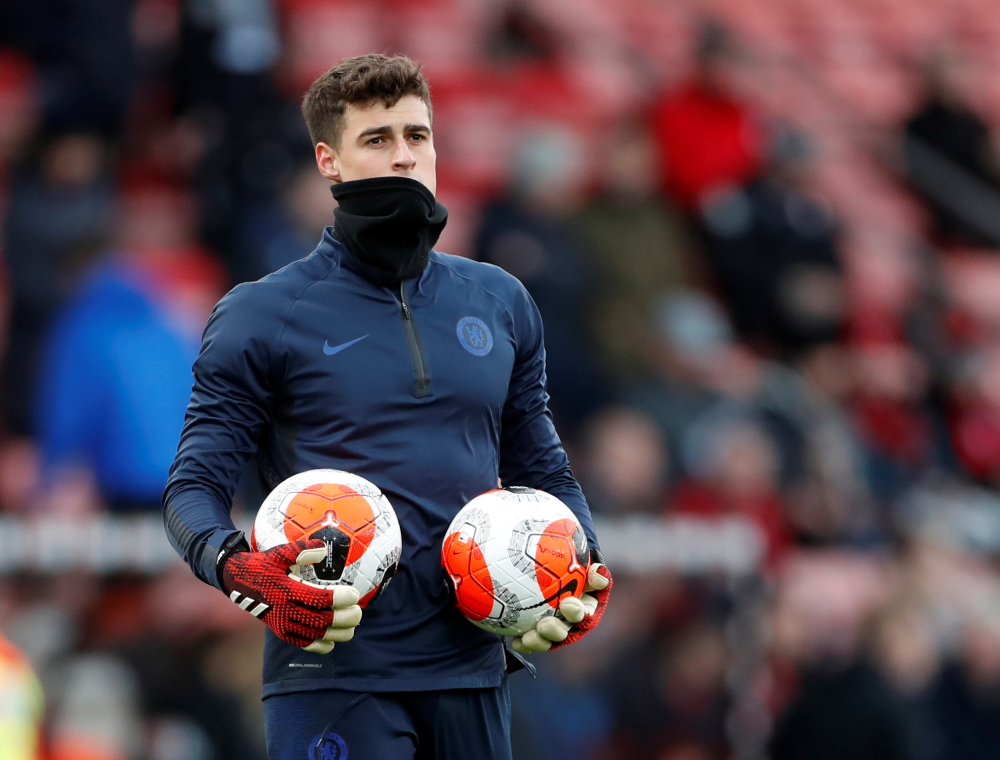 The Spanish goalkeeper has sat out the last six games having been dropped in the wake of several high-profile errors.

Lampard was upset with Kepa’s mistake in the 1-0 loss to Newcastle in January and has replaced him between the sticks with the experienced Willy Caballero recently.

However, Lampard has offered a bit of hope to the world’s most expensive goalkeeper by stating in his pre-match press conference how impressed he has been with his attitude since he was dropped and insisting he might still have a long-term future at the club.

Kepa could get a chance at redemption when Liverpool visit Stamford Bridge on Tuesday as one of several changes from the 2-2 draw with Bournemouth last weekend.

Lampard will be forced to make an alteration to his defence with Andreas Christensen picking up a knock against the Cherries, meaning the Dane will join N’Golo Kante, Tammy Abraham, Christian Pulisic and Callum Hudson-Odoi on the sidelines.

He also have to swap out Jorginho in midfield after the Italian picked up his 10th booking of the season on Saturday, triggering a two-match ban.

There could also be a change up front with Olivier Giroud having started the last three matches in the absence of topscorer Abraham. The experienced French forward could drop to the bench to give him a rest with Michy Batshuayi set to lead the line.

The FA Cup represents Chelsea’s last chance of silverware this season but they’ll need to overcome a determined Liverpool side to keep their ambitions on track with Lampard expecting a response from the Reds after their 3-0 loss to Watford last weekend.

Frank Lampard is cautious that their first league loss could spark a fiery comeback from Liverpool pic.twitter.com/Qb3yCpSyp3

Anfield boss Jurgen Klopp says he has sat down with his players to analyse their defeat to the Hornets and is in no doubt the team will produce a reaction in west London.

Klopp is also set to make changes to his starting XI from the game at Vicarage Road with James Milner and Joe Gomez returning from injury to boost his options.

Milner has missed the last two games with a muscle injury, while Gomez was absent at the weekend with a knock.

Still unavailable to Klopp are Jordan Henderson, Xherdan Shaqiri and Naby Keita, while the German tactician could include youngsters Curtis Jones, Neco Willians and Harvey Elliott in his matchday squad.