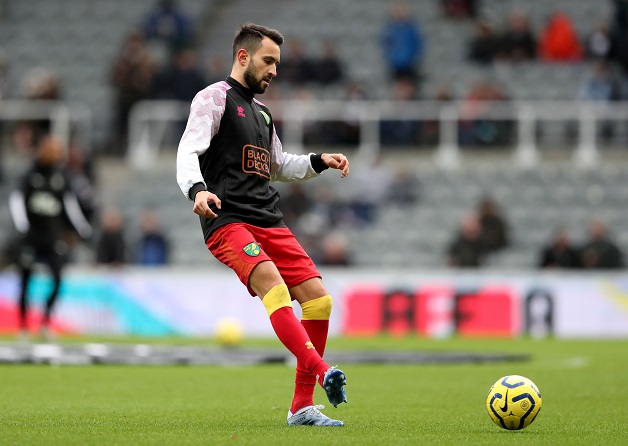 Lukas Rupp admits Daniel Farke launched a charm offensive to get him to sign for Norwich in the January transfer window.

The 29-year-old midfielder was acquired in the winter window from Bundesliga outfit Hoffenheim for an undisclosed fee.

He was the only permanent arrival during the transfer window for Norwich as they looked to spend frugally despite being at the bottom of the league.

Rupp has made eight appearances since joining the Canaries and has generally impressed with his tenacious and enthusiastic displays as Farke continued to utilise the German market.

His debut came in Norwich’s 1-0 home win against Bournemouth in January as the East Anglian club have improved their form in recent weeks.

Now, speaking about his move from the continent to Britain, Rupp has said Farke was a major influence in his decision to play in the Premier League.

The ex-Karlsruher academy graduate also said that training in England is a lot more intense than in his homeland.

“He told me about Norwich, but also that he had been chasing me for a long time,” he said.

“I haven’t been here that long, but I don’t see a huge difference to how other coaches work. Only one thing perhaps, the training is much more intensive than in Germany. The other players here before didn’t know that either, so the coach brought it with them.”

Rupp was one of two new arrivals to the Premier League side in January as Norwich attempt to stay in the top flight following promotion last season.

Slovakian attacking midfielder Ondrej Duda joined from Hertha Berlin on loan from the remainder of the season.

Norwich had begun to pick up points more frequently in the past few weeks having won two of their last seven games.

However, the coronavirus outbreak has thrown the whole season into jeopardy with football being suspended until at least the beginning of April.