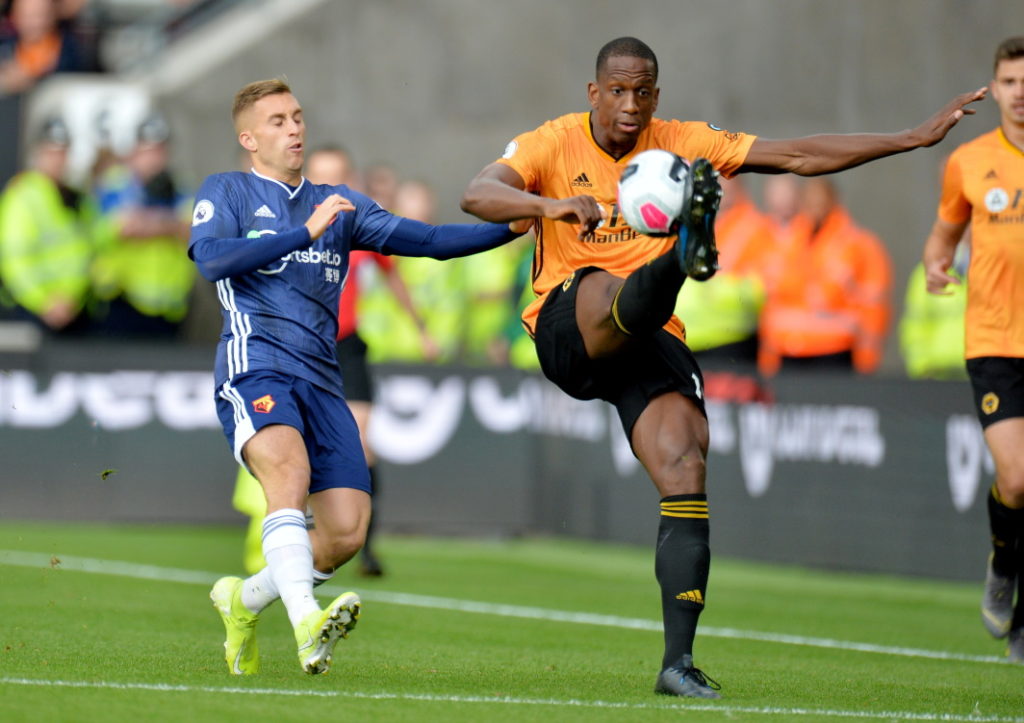 Nuno Espirito Santo says Willy Boly and Diogo Jota are back in first-team contention and he confirmed Wolves are working on making more January signings.

Boly and Jota have been back working with the squad ahead of Thursday’s Premier League match with leaders Liverpool at Molineux.

The return of Boly after almost three months out with a broken ankle would be a huge boost in itself but Jota could also see his first significant action of 2020 in the match after Wolves lost the winger to a calf injury in the loss at Watford on New Year’s Day.

Nuno gave the “good news” about the duo in his Wednesday lunchtime press conference, adding that Jota and Boly were now “normally integrated into the team”.

Wolves fans are unlikely to get their first glimpse of new signing Leonardo Campana on Thursday, but Nuno did offer his verdict on the shock capture of the Ecuadorian teenager that made him the club’s first signing of the year.

The 19-year-old was part the Ecuador side which competed at last summer’s U20 World Cup in Poland and he is currently on duty with their Under-23 squad trying to qualify for next summer’s Olympic Games.

The Portuguese boss suggested Campana is one for the future.

“Leonardo is a question of opportunity. He will be integrated as a back-up – the under-23s – and the future will determine how he works and how we can improve him,” said the manager.

“He has talent, but that is the reality. He is now with the national team, and then when he’s in the building, we’ll try to improve and work because the talent is there.

Wolves are understood to be currently working on deals for Olympiacos winger Daniel Podence and AEK Athens forward Nelson Oliveira.

“We have to bring players that can give us immediate solutions as we still have a lot of games in front of us.”