Home News Bayern on the path to European dominance

Bayern on the path to European dominance 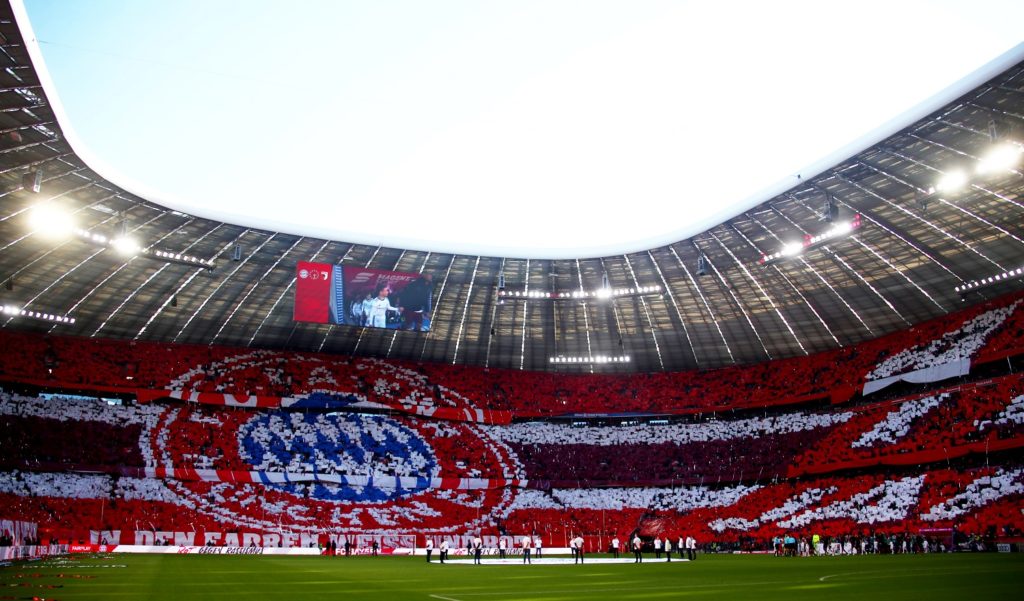 Bayern Munich are regarded as one of Europe's heavyweights but they haven't lifted the Champions League since 2013.

Season-on-season Bayern are under pressure to maintain their status as the biggest club in Germany and they rarely fall short of meeting those expectations.

They have won the German top-flight title a record 29 times and have lifted the Bundesliga crown in each of the past seven campaigns.

Bayern sit four points clear of Borussia Dortmund – the only other club to have won the Bundesliga since 2009 – at the top of the league and look set to wrap up an eighth successive title when domestic action resumes.

Their lofty position is even more remarkable when considering they are currently going through a transitional phase.

Franck Ribery and Arjen Robben departed the Allianz Arena last summer after making a combined 734 appearances for the German giants.

Losing two players with such a vast amount of experience would likely hurt most clubs, however, Bayern already had ready-made replacements waiting in the wings.

Serge Gnabry and Kingsley Coman have provided more than enough optimism for the future, while Barcelona loanee Philippe Coutinho has also impressed.

Mats Hummels also left Die Roten prior to the 2019-20 term but the blow of his exit has been lessened by the versatile David Alaba.

The Austria ace has slotted into the heart of defence seamlessly to allow another bright spark in Alphonso Davies to cement the left-back berth.

Alphonso Davies among all teenagers in Europe’s top 5 leagues this season:

That trio of Gnabry. Coman and Davies, who have proven they are more than ready for senior football, cost Bayern a combined total of just €49million.

Indeed, Bayern have been shrewd in their business over the past few years as others have splashed eye-watering fees to bolster their squads.

The hierarchy at Bayern have always maintained that they won’t get involved in the madness that is the modern transfer market.

Paris Saint-Germain seemingly have a bottomless pit of money and boast the top two spots in the standings for highest-ever transfer fees.

Neymar cost the French outfit €222 in the summer of 2017 while Monaco gleefully accepted €135million for Kylian Mbappe in 2018.

Bayern have just one player – Hernandez – in the top-50 list of most expensive players as the likes of Real Madrid, Barcelona, PSG, Juventus, Liverpool and Manchester City pop up on several occasions each.

The majority of those clubs have also been going through a regeneration period but, unlike Bayern, they have opted for a more expensive route to glory.

The Bavarian side could potentially have reigned supreme in the Champions League had they followed that path, however, they are to be commended for blazing their own trail.

It’s not yet clear if the 2019-20 Champions League campaign will resume but Bayern will certainly be hoping UEFA can find a playable solution.

They have one foot in the quarter-finals after earning a 3-0 win at Chelsea in the first leg of their last-16 tie.

Few would deny that they have the tools to go all the way with the aforementioned youngsters stepping up to complement the likes of Robert Lewandowski and Thomas Muller.

The future certainly looks bright for Bayern, who recently handed over a new deal to Muller and appear close to getting Thiago to commit to fresh terms.

Securing the long-term future of interim boss Hansi Flick earlier this month was another huge step in the right direction and the former midfielder will hope to keep developing his very impressive squad.