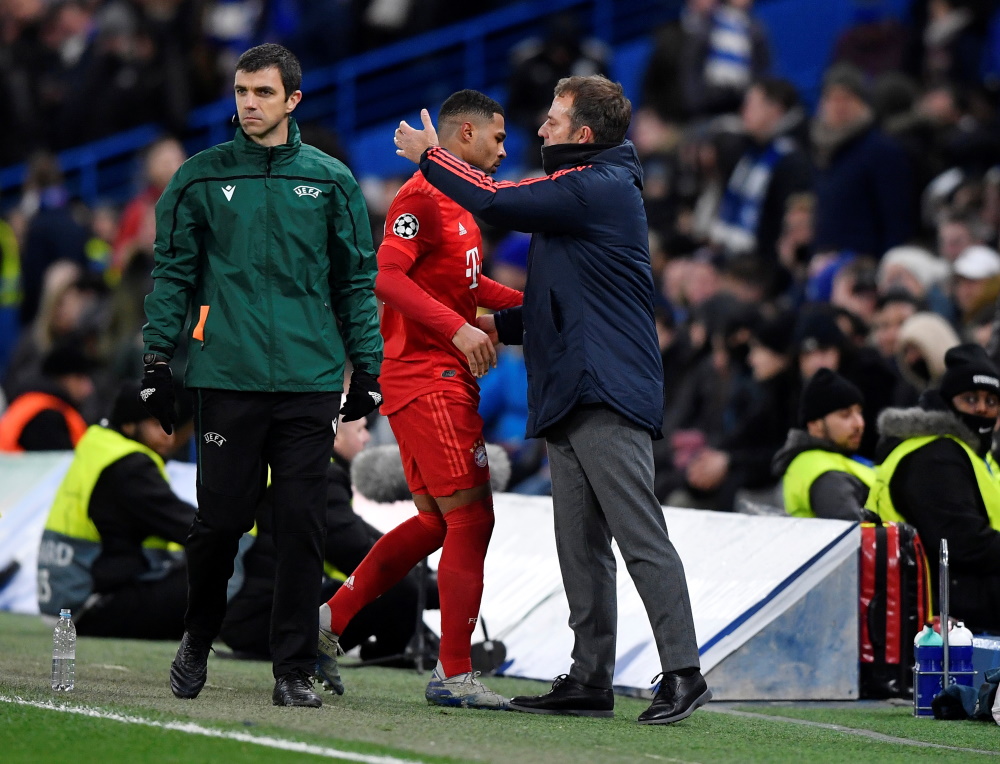 Bayern Munich manager Hans-Dieter Flick has hailed the talent of Serge Gnabry after his brace in a 3-0 win at Chelsea on Tuesday night.

Gnabry bagged two second-half goals and could have had a hat-trick, missing two good opportunities before striker Robert Lewandowski scored a third to wrap up a convincing win for the Bavarian giants.

Bayern still have the second leg of their last-16 tie to come at the Allianz Arena but the Bundesliga champions are in a commanding position to reach the quarter-finals.

The former Arsenal youngster enjoyed another memorable return to the English capital, having scored four times during a 7-2 demolition of Spurs in the group stage back in October.

Bayern boss Flick is delighted to see the 24-year-old, who arrived in Bavaria via a brief spell with Werder Bremen, fulfilling his potential back in his Germany following a tough time with the Gunners.

“He’s really capable, he’s got very good skills, so looking at it that way I’m very happy he’s in Germany with us.”

Highlights from our #UCL victory over Chelsea ⬇

Bayern don’t have too long to celebrate their efforts in Europe as the battle to retain their Bundesliga crown continues on Saturday.

Flick’s side, who hold a one-point lead at the top of the table over RB Leipzig, travel to the Rhein-Neckar-Arena to take on Hoffenheim.