Home On This Day On This Day: Carroll’s acrobatic wonder-goal downs Eagles 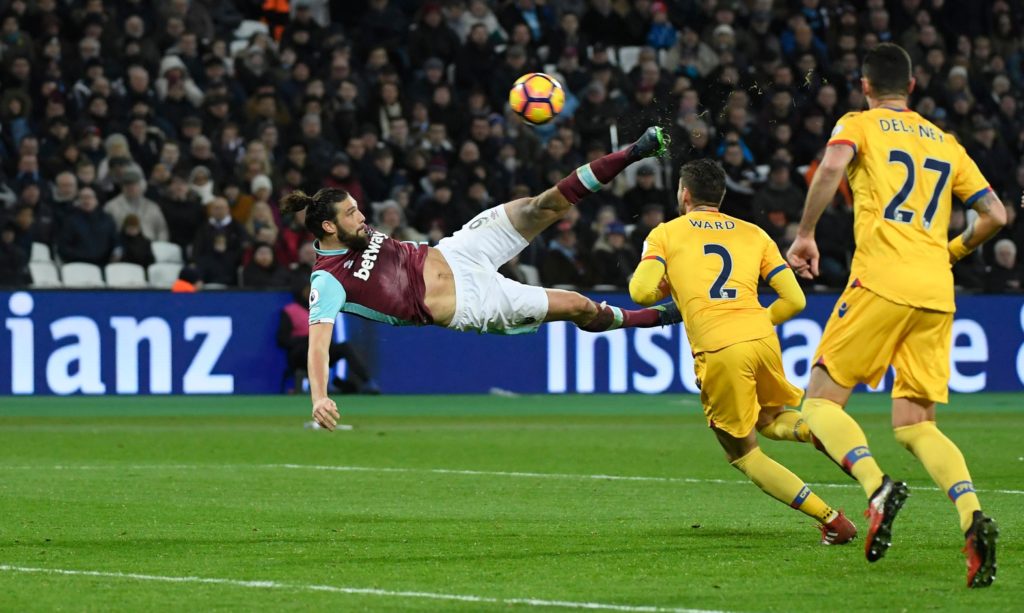 West Ham beat Crystal Palace 3-0 on this day three years ago in a match lit up by Andy Carroll's stunning acrobatic goal.

The Hammers comfortably overcame the Eagles on this January day in 2017 and the game will always be remembered for Carroll’s superb individual piece of skill to engineer a stunning bicycle kick at the back post for the second goal of the game.

It was one of those ‘take-your breath-away’ moments – a goal of the highest quality and one which everyone knew the Hammers frontman at the time was capable of, but few believed he had actually pulled it off.

The former Newcastle and Liverpool man’s talent has never really been in doubt but his career has never quite reached the levels many expected when he first burst on to the scene as an 18-year-old at St James’ Park in 2007.

However, the crowd going home after this London Stadium clash were all in raptures at Carroll’s 79th-minute effort after he brilliantly powered home Michail Antonio’s cross in mid-air, bulleting a left-footed effort flush on the volley at an angle with a screamer of a strike that left Eagles keeper Wayne Hennessey with absolutely no chance.

It was that good. An instant ‘Goal of the Season’ contender and one that would eventually go on to be voted West Ham’s ‘Goal of the Decade’.

It didn’t actually win BBC ‘Match of the Day’s’ Goal of the Season that campaign, though, as Carroll’s wonder-strike was bettered by Liverpool midfielder Emre Can’s own outrageous improvised overhead kick goal against Watford. But in most other years it would have easily have picked up the gong.

The goal against the Eagles was probably the highlight of Carroll’s time with the Hammers as injuries affected him badly during his seven-year stay. The former England forward hit 34 goals and got 17 assists in just 142 games in all competitions for the east Londoners and he’s since returned to first club Newcastle in a bid to revitalise a flagging career.

On this particular day, West Ham were convincing winners, with Sofiane Feghouli opening the scoring in the second half for his first Premier League goal before Manuel Lanzini struck the third late on.

The Hammers went on to finish the season 11th under Slaven Bilic, while Palace ended the campaign three places and four points worse off.