On This Day – Balotelli spot on for title-chasing City 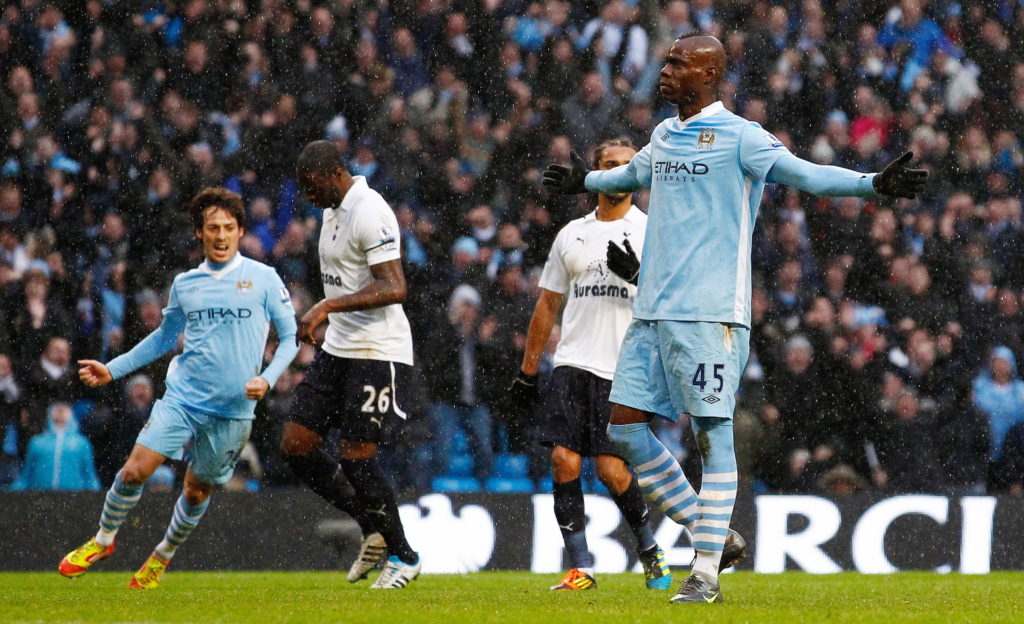 Mario Balotelli was the controversial injury-time hero for Manchester City in 2012 as his penalty gave them a 3-2 win over Tottenham.

The unpredictable forward emerged as City’s matchwinner in an incident-packed clash at the Etihad on this day eight years ago after he came off the bench to slot home the late spot-kick for a win that helped to maintain his side’s place at the top of the table.

However, that does not tell the full story as a dramatic second half unfolded, with all five goals coming after the break, and Spurs coming from 2-0 down to draw level at 2-2, with Balotelli being the subject of accusations from the visitors that he stamped on Scott Parker.

Tottenham were incensed and felt the Italian should not have been on the pitch at the end to win it for Roberto Mancini’s side as the controversial forward again divided opinion.

After a quiet first half, City made the breakthrough on 56 minutes when David Silva’s ball found Samir Nasri and the Frenchman guided his shot past Brad Friedel. It was 2-0 just three minutes later when defender Joleon Lescott scrambled home from a corner at the back post following Edin Dzeko’s flick-on.

The healthy two-goal advantage should have been enough for City to claim another vital three points as they chased their first ever Premier League title. However, Tottenham suddenly burst into life and found the back of the net twice in the space of five minutes.

First, Jermain Defoe latched on to a poor backward header from Stefan Savic to round Joe Hart  and score before Aaron Lennon set up Gareth Bale for the equaliser. The Welshman’s stunning effort curled into the top corner from just outside the area and sent the travelling fans wild and had boss Harry Redknapp celebrating with glee in the technical area.

Balotelli was then introduced by Mancini and he was into the thick of the action immediately, picking up a booking for a foul on Benoit Assou-Ekotto before his apparent stamp on Parker was missed by referee Howard Webb. It was the sort of incident VAR would look at these days and, in all likelihood, would result in the substitute being given his marching orders.

This was way before the introduction of such technology, though, so Balotelli stayed on and was then brought down himself by a clumsy Ledley King challenge in the area.

Predictably, Balotelli rolled home the penalty and, in trademark fashion, stood still with his arms outstretched in celebration as his team-mates rushed to embrace him.

It was a big win in City’s quest for the title at the time as it extended their lead at the top of the table to six points, if only for a few hours until Manchester United won at Arsenal, as Mancini’s men maintained their momentum.

They would go on to claim the top prize – their first top-flight title since 1968 – while Tottenham ended the campaign in fourth.