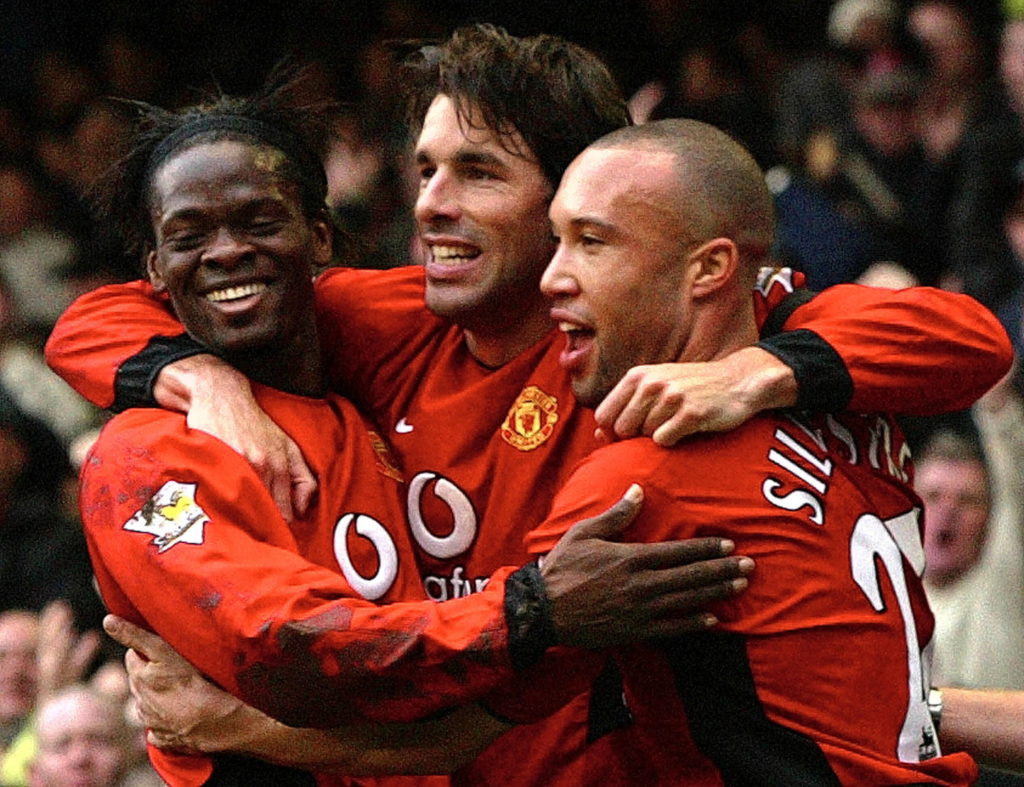 Ruud van Nistelrooy reached a century of goals for Manchester United as they edged a seven-goal thriller with Everton on February 7, 2004.

United paid £18.5million to sign Van Nistelrooy from PSV in the summer of 2000 after he caught the eye with 62 goals in 67 Eredivisie appearances.

It proved to be money well spent as the Dutchman hit the ground running in the Premier League, notching at least 20 goals in four of his five seasons at Old Trafford.

He departed with 150 goals in 219 games across all competitions, signing for Real Madrid, and leaving a lasting impression on the English top-flight.

When United travelled to Everton on February 7, 2004, Van Nistelrooy needed to hit the back of the net just once to take his tally for the club to 100.

Everton’s form going into the clash suggested he would be offered plenty of chances to hit that milestone.

Louis Saha got the goalscoring up-and-running with a volley after beating the hosts’ weak attempt to play an offside trap.

Van Nistelrooy brought up the century with 24 minutes played after some lacklustre defending saw the ball scrambled into his path.

A sharpshooter in the box, he made no mistake in drilling home at the near post beyond goalkeeper Nigel Martyn.

The visitors looked to have put the game to bed on the half hour mark when Saha, latching on to Paul Scholes’ pass, bagged his second.

The changes had an immediate impact and Everton pulled one back just four minutes after the restart when David Unsworth found space at the far post to head home a corner.

The comeback was well and truly on with just over an hour played as John O’Shea headed into his own net.

Sir Alex Ferguson’s Manchester United were known for fighting till the bitter end and this game was to be no different.

Not satisfied with reaching a century of goals, Van Nistelrooy also proved to be the match-winner, heading home Cristiano Ronaldo’s cross in the final minute to leave Everton heartbroken.

It extended United’s unbeaten run at Goodison Park to nine games, winning on eight occasions, but ultimately turned out to be a disappointing campaign.

The Red Devils finished third in the Premier League, 15 points behind Arsenal’s Invincibles side, and lifted just the FA Cup.

Everton, meanwhile, had a nervy end to the term as they flirted with relegation, however, they managed to beat the drop with a six-point cushion.