Should record-breaking Aguero be regarded as Premier League’s best? 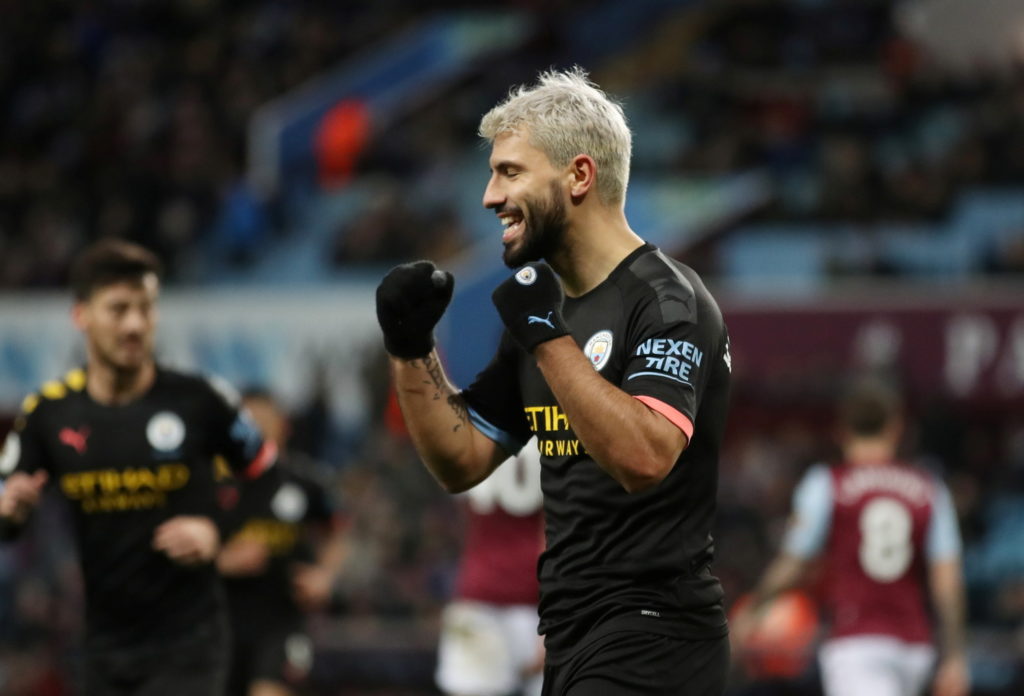 Sergio Aguero has won the Premier League Player of the Month award for a record-breaking seventh-time, but should he now be regarded the division's best ever?

Argentina international Aguero picked up his latest award for January 2020 after scoring six goals and registering an assist from just three Premier League appearances, including a hat-trick in the 6-1 thrashing of Aston Villa.

Aguero also now holds the record for Player of the Month accolades, as his latest success takes him beyond Steven Gerrard and Harry Kane in the all-time charts.

The former Atletico Madrid star picked up his first award in October 2013 and has won consistently ever since, securing the honour twice in 2016, while his latest success means he has won the accolade once in each of the last three years.

Those statistics show that Aguero, who this season has also become the highest-scoring non-Englishman in Premier League history, must be regarded as one of, if not the best player in the competition’s history.

Aguero has also won nine major honours during his time at City and has twice been included in the PFA Team of the Year, but despite all that success, he has never been named Player of the Year.

It seems remarkable, considering Aguero’s success, that he has never received the division’s top individual honour, although he is not alone in that regard, as no City player has ever been named Player of the Year.

With Liverpool’s dominance of the league this season and even the form of his team-mate Kevin de Bruyne, it seems unlikely that Aguero will be considered for this year’s top-prize either, although if he can maintain his current form then he surely has to come into the reckoning.

Aguero is only one behind Jamie Vardy in the scoring charts, but he is averaging a goal every 73 minutes this term, which is 45 minutes better than the Leicester forward and makes him considerably more prolific than anyone else in the running as he chases the first Premier League golden boot of his career.

The Buenos Aires native may only get one more shot at winning the award if he does not get the nod this year, as he is out of contract with City at the end of next season and has previously indicated that he would like to return to his homeland to finish his career.

He will also turn 32 in June and is unlikely to get any better as the years go by, although it would be a travesty if a player of his undoubted quality and success ends up never being fully recognised by the Premier League.