On This Day: Liverpool’s late show sees off Inter 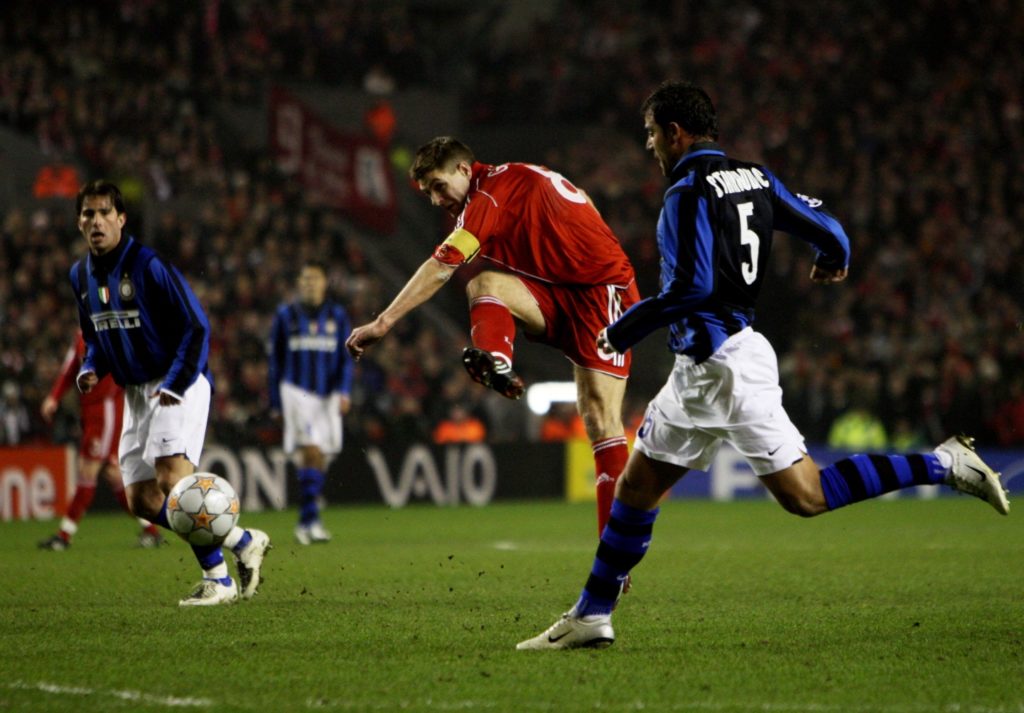 Liverpool are among the European heavyweights hoping for more Champions League glory this year and that was also the case back on this day in 2008.

Jurgen Klopp’s side are the current European champions and, while the defence of their crown hangs in the balance after Tuesday’s 1-0 defeat at Atletico Madrid in the last 16, they remain one of the most feared sides in the continent.

And it was a similar scenario 12 years ago when the Merseysiders, then led by Rafa Benitez, hosted Inter Milan at Anfield in the first knockout round.

The Reds had famously won the competition in 2005 and then made it all the way to the final two years later so their progress into the last 16 in 2008 was no real surprise.

And they eventually took control of this tie against the dogged Italians with two late goals to secure a 2-0 lead to defend in the San Siro.

It wasn’t a straightforward night, though, as Inter demonstrated plenty of defensive resolve, displaying just why they hadn’t been beaten for five months leading up to this eagerly-awaited clash.

After Marco Materazzi was harshly sent off after just half an hour for two fouls on Fernando Torres, Liverpool would have expected to have comfortably secured a first-leg advantage but they wasted some good chances and had to wait until the 85th minute before a deflected Dirk Kuyt goal edged them ahead.

That sent relief flowing around Anfield and captain fantastic Steven Gerrard then drilled home a second in stoppage time to double their lead.

The home fans departed happy on the night in anticipation of another successful run into the latter stages of the Champions League but things were beginning to unravel behind the scenes as then-owners George Gillett and Tom Hicks were coming under increasing scrutiny.

Things were going well on the pitch in Europe but Benitez’s side had just been knocked out of the FA Cup in the fifth round at home by Championship outfit Barnsley three days earlier, and there was growing speculation the Spaniard was unhappy with the owners who, reports claimed, were looking to replace him as boss after four and-a-half-years in charge.

Liverpool did progress past Inter in the second leg, when a Torres strike secured a 3-0 aggregate win, and they went on to overcome domestic rivals Arsenal in the quarter-finals before losing out to familiar foes Chelsea in the last four.