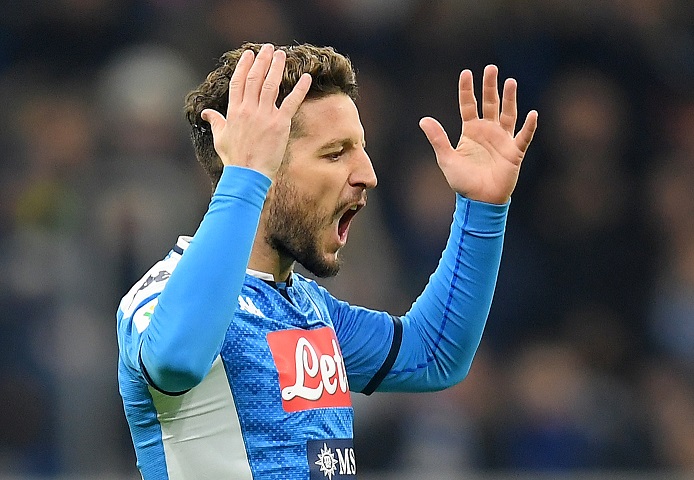 Antonio Conte is eager to bolster his squad despite his side impressing many this season. The Nerazzurri are currently third in the Serie A table, three points adrift of Juventus in top spot, with Lazio second.

It looks like the Italian title race will be the closest for many years, with Inter and Lazio aiming to end Juve’s eight-year stranglehold of the division.

However, Conte is still looking ahead and has reportedly earmarked Mertens and Vertonghen as potential signings in the summer.

Mertens, 32, has been with Napoli since 2013 and has scored 120 goals in 306 appearances. However, things have turned sour at the Stadio San Paolo this season, with Napoli hugely underachieving as they lie ninth in the table.

The forward does not appear close to agreeing a new deal and could join up with Conte’s side in the summer.

Vertonghen, also 32, is in a similar position with Tottenham in the Premier League.

He has spent nearly eight years at the north London club after joining from Ajax in 2012 but has lost his place in Jose Mourinho’s side recently as his contract ticks down.

Reports in Italy earlier in the week stated Diego Godin could depart the club in the summer after just one season at the San Siro, meaning Inter would be keen to strengthen at centre-back, particularly given Conte’s preference for three at the back.

Inter lost for just the second time in the league this season on Sunday after going down 2-1 at Lazio and will look to get back to winning ways this weekend when they face Sampdoria at home.