Home On This Day On This Day: Arsenal run riot in North London humdinger

On This Day: Arsenal run riot in North London humdinger 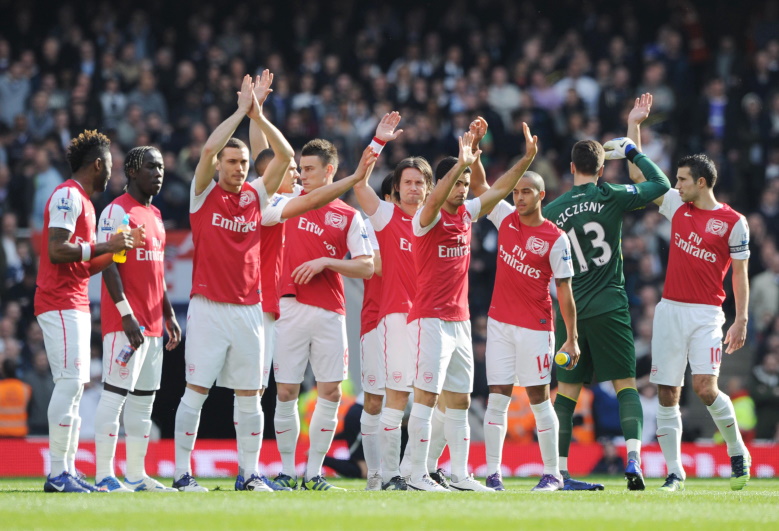 Yesterday we featured an Arsenal drubbing so, to address the balance, today we look back on a big North London derby win for the Gunners, on this day in 2012.

Plenty of Arsenal’s games against their nearest and definitely not dearest in the late noughties and early 2010s were high-scoring affairs and this clash was no different as Arsene Wenger’s men ran out 5-2 victors against Tottenham, after going 2-0 down early on at an initially shell-shocked Emirates.

So the expectations were that there would be more goals in this showdown and so it proved.

Harry Redknapp’s side were left thoroughly beaten by the final whistle but they started brilliantly, racing into a two-goal lead thanks to an early Louis Saha strike and a 34th-minute penalty from former Gunner Emmanuel Adebayor. It was all going well for the visitors but an unlikely scorer in the shape of Bacary Sagna got Wenger’s side back into it on 40 minutes and Arsenal suddenly had lift off.

Robin van Persie made it 2-2 before the break and then it was all one-way traffic in the second half as Arsenal took control and went into overdrive.

Tomas Rosicky completed the turnaround after just six minutes of the second half and then Theo Walcott’s quickfire double increased their lead to 5-2 before the clock had ticked over to 70 minutes. The Arsenal fans were
buoyant by now and the only surprise was there were no further goals in what had been a pulsating encounter.

The win had ramifications for that year’s top-four battle too as the Gunners were able to close the gap on Spurs, who were third at the time, to seven points and gave them the belief they could overhaul their local rivals in the fight for the Champions League places, even with the end of the season closing in.

Wenger’s men would pick up victories in their next four games and managed eight wins from their final 13 overall to pip Tottenham to third by just a point. Redknapp’s side, in contrast, were left to rue a disappointing end to the campaign as another London rival, Chelsea, scuppered their Champions League hopes. The Blues won the competition that year by beating Bayern Munich and therefore took the Premier League’s fourth and final qualification place after finishing sixth, much to Spurs’ misery.