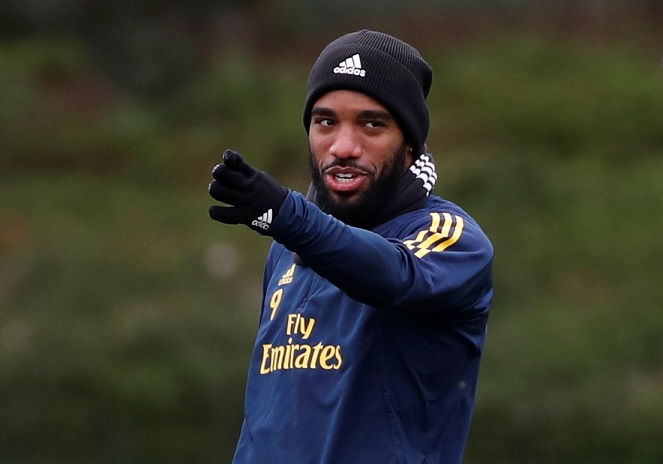 Alexandre Lacazette believes he always had the backing of his team-mates when not scoring and says his role is to provide more than goals.

Lacazette has recently ended his dry spell in front of goal after finding the net in each of his last two games.

He broke his duck Against Newcastle in Arsenal’s 4-0 thrashing of Steve Bruce’s Newcastle earlier this month and the 28-year-old followed up that effort with a strike against Olympiakos in the first leg of their round of 32 Europa League fixture.

Before then, Lacazette had not scored for over two months, with his last goal coming away at Standard Liege in the Europa League group stages.

It has been a difficult season for the former Lyon man, who spent six weeks out injured in September and October with an ankle problem.

Generally, he has been overshadowed by Pierre-Emerick Aubameyang at the Emirates this season with the Gabonese forward the joint top goal scorer in the Premier League.

Lacazette has scored just eight times across all competitions this season compared with Aubameyang’s tally of 19.

However, despite his relative lack of form this season, the France international says he has always retained the confidence of his team-mates and says he has a more all-round role up front.

“I am a striker but I’m not here only to score goals, I have to help the team to defend and build the game so for me it’s not the best part when I’m not scoring but there is not only this (scoring),” he told reporters in his pre-Olympiakos press conference.

“A lot of people can talk. There is always something to say so I don’t really think about this. If the manager, the coach, my team-mates are happy with me then that’s the most important thing.”

Arsenal will look to finish the job off on Thursday when they host the Greek side at the Emirates.

The Gunners reached the final of the competition last season before losing to fellow Premier League outfit Chelsea 4-1 in Baku.