Home On This Day On This Day: Liverpool edge out Newcastle in another thriller

On This Day: Liverpool edge out Newcastle in another thriller 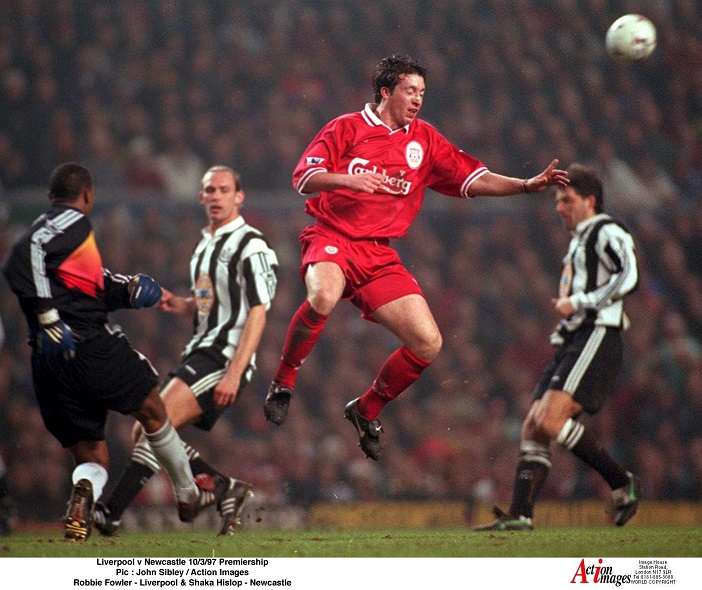 Liverpool and Newcastle were involved in another seven-goal extravaganza on this day 13 years ago as the Reds edged out the Magpies 4-3 at Anfield.

Less than a year after Liverpool defeated Newcastle 4-3 in thrilling circumstances, the Reds were at it again as they broke the hearts of the travelling Magpies’ supporters on Merseyside on March 10, 1997.

In front of a packed and expectant Anfield crowd, Roy Evans’ men took the lead on the 29th minute when Steve McManaman controlled a loose ball in the penalty area before bending a shot into the top-right corner.

Just a minute later and Liverpool had doubled their advantage, with Patrik Berger firing into an empty net from close-range after Robbie Fowler’s initial shot had cannoned back off the post and into the path of his team-mate.

The game appeared to be over as a contest on the 42nd minute when Fowler latched onto a delightful through ball from Jamie Redknapp, before slotting past the onrushing Shaka Hislop to make it 3-0 at the break.

However, Newcastle, who were under the guidance of Kenny Dalgleish after Kevin Keegan sensationally quit in January of that year, would not go down without a fight and they pulled one back through Keith Gillespie in the 71st minute.

It was a #PL classic between @LFC and @NUFC #OnThisDay in 1997 pic.twitter.com/HjhWDZw04J

With time ticking away, the Magpies gave Liverpool a taste of their own medicine as they scored two goals in a minute to level the scores at 3-3 to give the visitors a hard-fought point, or so it would.

In the 87th minute, Faustino Asprilla raced onto a long ball over the top before diverting the ball past goalkeeper David James, who had raced towards the edge of his box after a rush of blood to the head.

Just 60 seconds later, the scores were level when right-back Warren Barton poked a low shot into the back of the net after Asprilla had made a huge nuisance of himself in the opposition box.

However, the scoring was not over and, just like they did almost a year before, Liverpool snatched all three points when Fowler powered a header past Hislop from a Stig Inge Bjornebye cross.

It was another sensational finish to this Premier League fixture as the Reds claimed the spoils once again, but it was Newcastle who had the last laugh in terms of the final positions.

The Magpies ended up second, seven points behind champions Manchester United, while Liverpool finished fourth, level on 68 points with Newcastle but behind on goal difference.