Tottenham and Arsenal to battle it out for Napoli ace 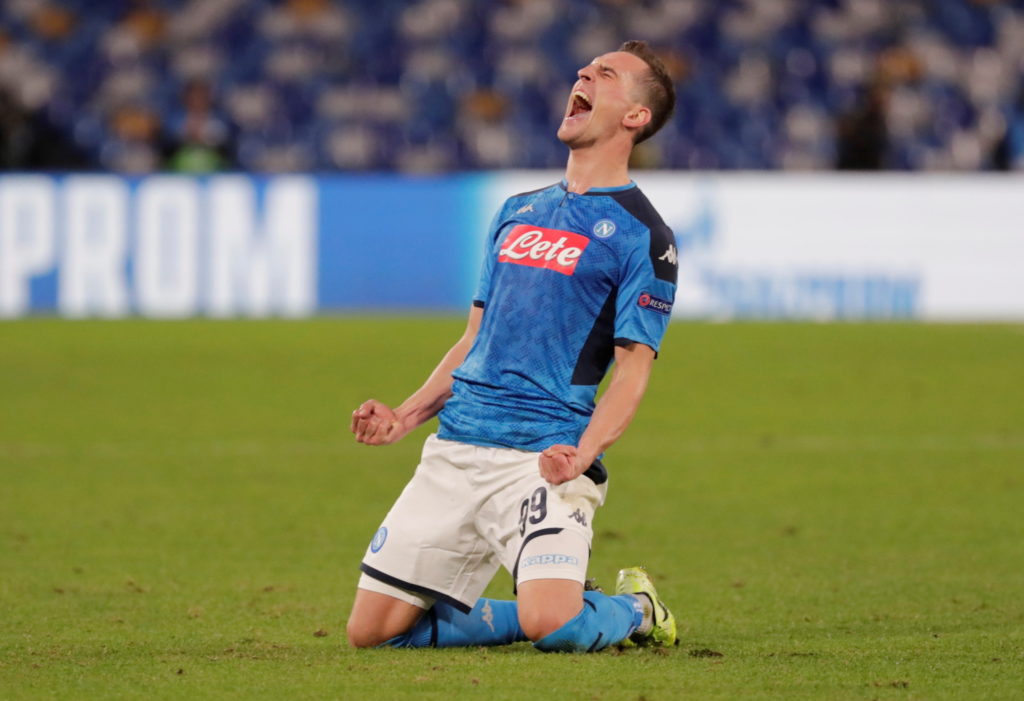 Reports in Italy claim Tottenham and Arsenal are set to scrap it out for the signature of Napoli striker Arkadiusz Milik in the summer.

Tottenham and Arsenal are both expected to add a striker to their ranks this summer and Milik is understood to be their top target.

The Poland international has been linked with a move to the Premier League on several occasions with Chelsea and Manchester United previously credited with an interest in his services.

Spurs’ need for a frontman has intensified over recent months due to injuries to Harry Kane and Son Heung-min.

Kane has been tipped to return in the latter stages of 2019-20 but Son won’t be seen again for Tottenham until next season after suffering a fractured arm.

Meanwhile, Arsenal fear they could lose Pierre-Emerick Aubameyang in the summer and, therefore, are putting plans in place to ensure they can draft in a replacement.

Milik, who is also reported to be on the radar of Atletico Madrid, Valencia and Borussia Dortmund, has scored 12 goals in 22 appearances for Napoli this term.

Reports suggest he is open to a new challenge and has long had a desire to link up with a Premier League club.

It’s claimed that Napoli will demand a fee in the region of €45million for the centre-forward who is out of contract in the summer of 2021.