Home On This Day On This Day: Southgate’s England hint at World Cup potential

On This Day: Southgate’s England hint at World Cup potential 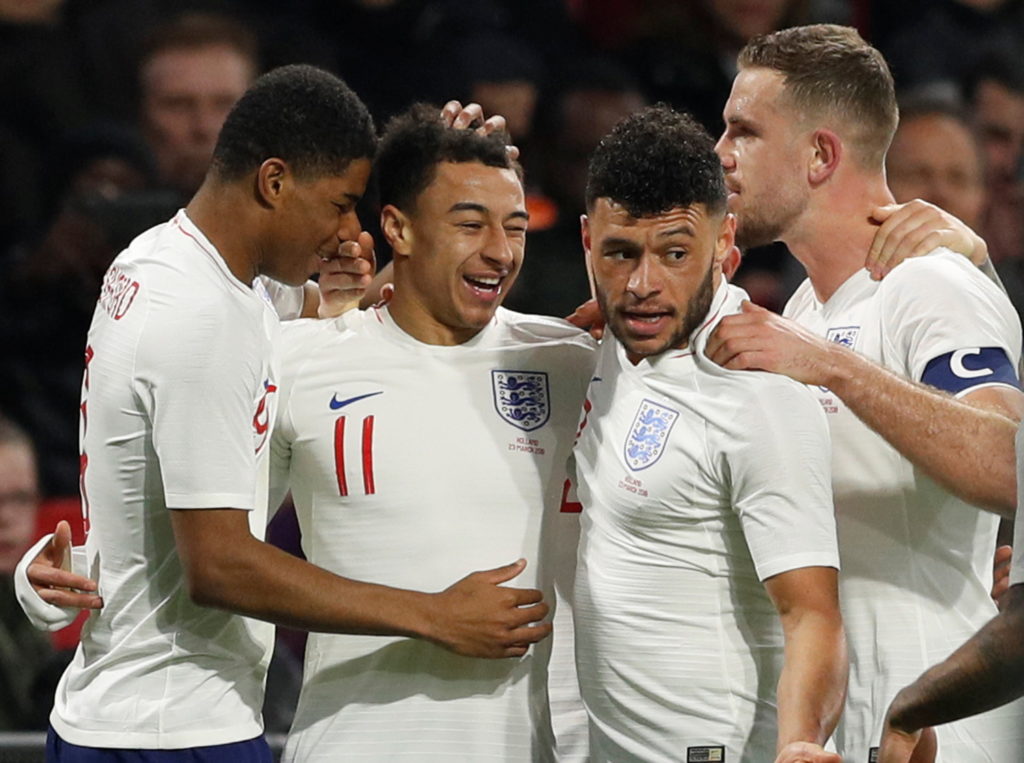 The summer of 2018 was the high point of many Englishmen's lives, but it was on this day that year that the Three Lions started to roar.

That period between May and August that year will be remembered for balmy temperatures and a brilliant World Cup that brought the country together. As a particularly bleak winter of snow and fog was turning into something beautiful, a win on March 23 in Amsterdam arguably lit the fuse for England’s run to the semi-finals.

Jesse Lingard scored the sole goal as Gareth Southgate’s side won 1-0 against a Netherlands side firmly in transition as Ronald Koeman took charge of his first game following their failure to qualify for that summer’s finals in Russia.

Southgate had experimented with a back three in qualifying and in the previous November’s 0-0 draws against Germany and Brazil. While the shape provided defensive solidity, moving Kyle Walker into central defence and placing Kieran Trippier at right wing-back provided more balance going forward.

It wasn’t all plain sailing and Joe Gomez lasted just 10 minutes when he went down after turning to watch an overhit Memphis Depay cross go out for a goal kick. The unfortunate Londoner had damaged ankle ligaments moments earlier in an innocuous tussle with Bas Dost, an issue that would eventually see him miss the World Cup after undergoing surgery.

One man’s loss is another man’s gain and on came Harry Maguire, who would be one of the stars of that summer’s campaign, to form a famous defensive trio of himself, John Stones and Walker.

England were not perturbed by Gomez’s loss, with Jordan Henderson nodding a Trippier free-kick wide, while Marcus Rashford should have been awarded a penalty after being brought down when showing too much pace for Matthijs de Ligt.

The 0-0 scoreline that adorned the board at the break flattered the Dutch, but England struck soon after the resumption.

A flowing move instigated by Alex Oxlade-Chamberlain (another Liverpool player who would fall foul to injury ahead of the World Cup) saw him find Lingard. Under pressure, the Manchester United man performed a pirouette to buy space and find the overlapping Danny Rose.

Rose fired into the onrushing Oxlade-Chamberlain, who had continued his run, and although his centre was half-cleared by Kevin Strootman, Lingard was on hand to stroke past Jeroen Zoet from the edge of the area.

It was a moment of real quality by a player who was then at the peak of his powers and has struggled since the highs of summer 2018.

Taking the lead did not temper England, with Trippier’s drive forcing a fine save from Zoet, and while the Dutch passed and probed, they struggled to break the Three Lions’ well-organised resolve.

A contentious 1-1 draw with Italy followed four days later, but the momentum was building for England, with warm-up wins over Nigeria and Costa Rica setting them up for a run that would end in their fourth-place finish in Russia.

On paper, the 1-0 win in Amsterdam may not look so special, but this was an Oranje containing De Ligt, Memphis, Kevin Strootman and two of the Liverpool team who would play in that season’s Champions League final, Virgil van Dijk and Georginio Wijnaldum.

The feel-good factor generated from the victory has continued to follow the national team, and while they will not get the chance to shine this summer, Euro 2021 may come around at just the right time.