Innovative ‘Premflix’ may be the future of football broadcasting 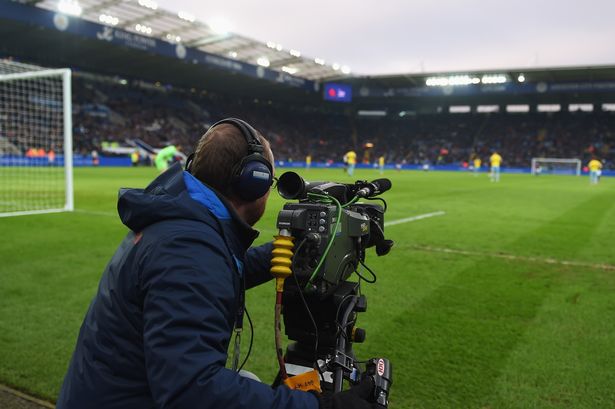 A proposed Netflix-style subscription service is in the works for the Premier League and, if it comes off, could massively benefit fans.

New Premier League CEO Richard Masters has revealed the organisation is actively looking to commence trials for a platform that would be similar to the global entertainment giant.

It means the Premier League would stream games direct to fans for a subscription fee and eliminate traditional broadcasters such as Sky and BT Sports.

2022 could mark the start point for those trials in overseas countries and, if successful, will be rolled out to the UK in a move that could transform the way football is consumed by fans.

Masters admits it is an avenue that the Premier League have dedicated plenty of time and resources to already.

“During the last [rights bidding] process [for the 2019-22 seasons] we spent quite a lot of time and invested a lot of resources in building our expertise and capacity in ‘direct-to-consumer’,” Masters said.

“We were ready last time and we will be ready next time should the opportunity arise. Eventually, the Premier League will move to a mix of direct-to-consumer and [traditional] media rights sales.”

Naturally, there is a healthy dose of cynicism when news of TV rights deals resurface, due to the huge money involved and the general consensus that fans’ wants are placed at the bottom of the pile.

However, a Netflix-style service could prove to be a brilliant move for the average working-class fan if given the go-ahead.

Hypothetically, it would be far cheaper to go direct-to-consumer than go through the ‘middle ma’” of the traditional broadcaster.

A basic subscription to Netflix is £5.99 a month – if that is matched by the Premier League, then fans who subscribe to Sky, BT Sport, and Amazon Prime are already saving at least £60 a month, assuming the rights would be exclusive to the subscription service.

Former Crystal Palace chairman and Talksport pundit Simon Jordan has long been an advocate of the Premier League becoming its own broadcaster and sees no logical reason why it could not happen.

“There is no doubt there is a package of at least 100million viewers around the world, and there is also no doubt that the domestic rights are being reduced despite specifically Sky making fortunes from football,” Jordan said.

Obviously, such a move would come with teething problems and not everyone would be happy.

Fans of EFL clubs, for example, who like to follow their own team but still watch Premier League games would still have to pay two subscriptions.

And, not everyone owns a so-called ‘Smart TV’ so some fans would have to watch games on a laptop or tablet rather than a TV.

But it is certainly an interesting development and will definitely make the traditional broadcasters sit up and think.

The Premier League is such a cash cow and huge brand in its own right (it doesn’t even have a sponsor anymore) that it is essentially the sacred cow of Sky and BT – lose the Premier League and they lose an enormous customer base.

It will be very intriguing to see how far these developments go – if they prove to be the winning formula, then the make-up of football broadcasting could be about to make a generational change.