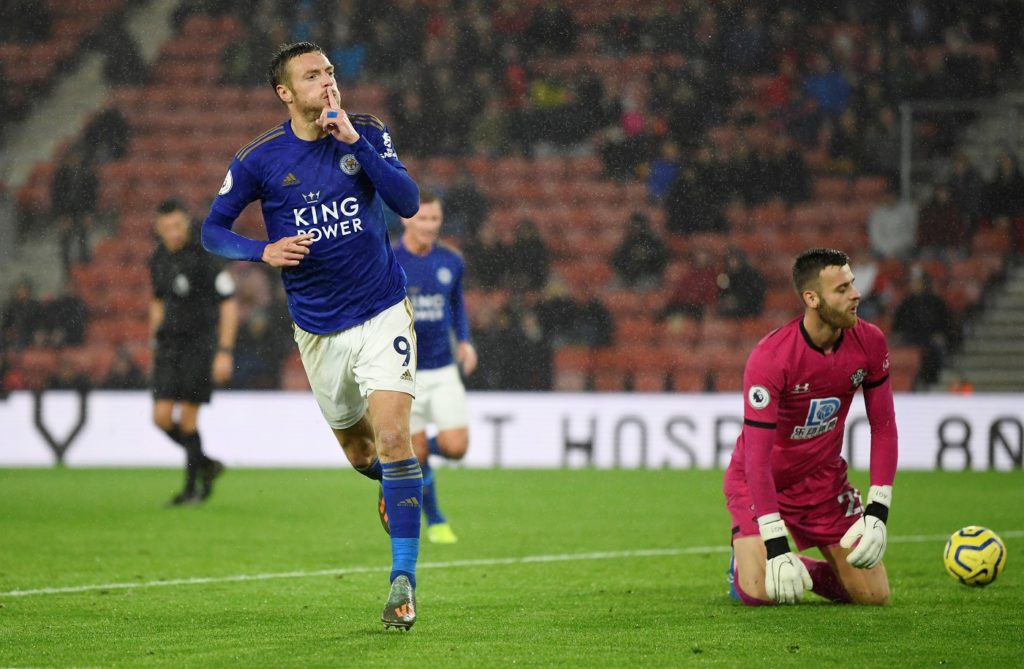 Liverpool extended their lead at the top of the Premier League during October, but it was Leicester that ended the month as record breakers.

Leicester were already in good form by the time they headed to St Mary’s Stadium to take on Southampton on October 25, but that Friday night game turned out to be one to remember for the Foxes, as they ran out 9-0 winners, with Jamie Vardy and Ayoze Perez both grabbing hat-tricks.

The margin of victory was the biggest ever recorded by an away team in the history of top-flight football in England, while it also equalled the largest ever win in the Premier League, matching Manchester United’s 9-0 home success over Ipswich 24 years earlier.

Brendan Rodgers’ side also beat Burnley during October to remain in third place, although they did start the month by losing to Liverpool, a result that extended the Reds’ winning run in the top flight to 17 matches.

Indeed, victory over Manchester United on October 20 would have seen Liverpool equal Manchester City’s top-flight record for successive victories, but they had to make do with a 1-1 draw at Old Trafford thanks to a late Adam Lallana equaliser.

Despite sharing the spoils with United, Jurgen Klopp’s side still ended the month having extended their lead at the top to six points after nearest rivals Man City once again slipped up, this time going down 2-0 at home to improving Wolves.

Chelsea completed the top four after enjoying a perfect October, with Frank Lampard scooping the manager of the month accolade after guiding his side to victories over Southampton, Newcastle and Burnley.

Arsenal, Man United and Tottenham were still struggling for consistency, particularly Spurs who sat in the bottom half of the standings, and one or two questions were starting to be asked regarding Mauricio Pochettino’s future at the club.

Watford remained rooted to the bottom of the table and still without a win, although they did strangely go unbeaten during October, drawing with Sheffield United, Spurs and Bournemouth.

The Hornets were now just two points behind second-bottom Norwich, who endured a difficult October, although not as tough as Southampton, who had slipped into the bottom three after a disastrous run of form that culminated in their record-breaking loss at home to Leicester.

The pressure was certainly on Saints boss Ralph Hasenhuttl, who was being tipped by many to be the next Premier League manager to lose his job.

Unsurprisingly it was Leicester forward Jamie Vardy that scooped the player of the month accolade for the fourth time in his career, as he grabbed four goals during the month to soar to the top of the scoring charts.

Goal of the month went to Newcastle midfielder Matty Longstaff, whose first Premier League strike also proved to be the decisive factor in the Magpies 1-0 triumph over Man United.