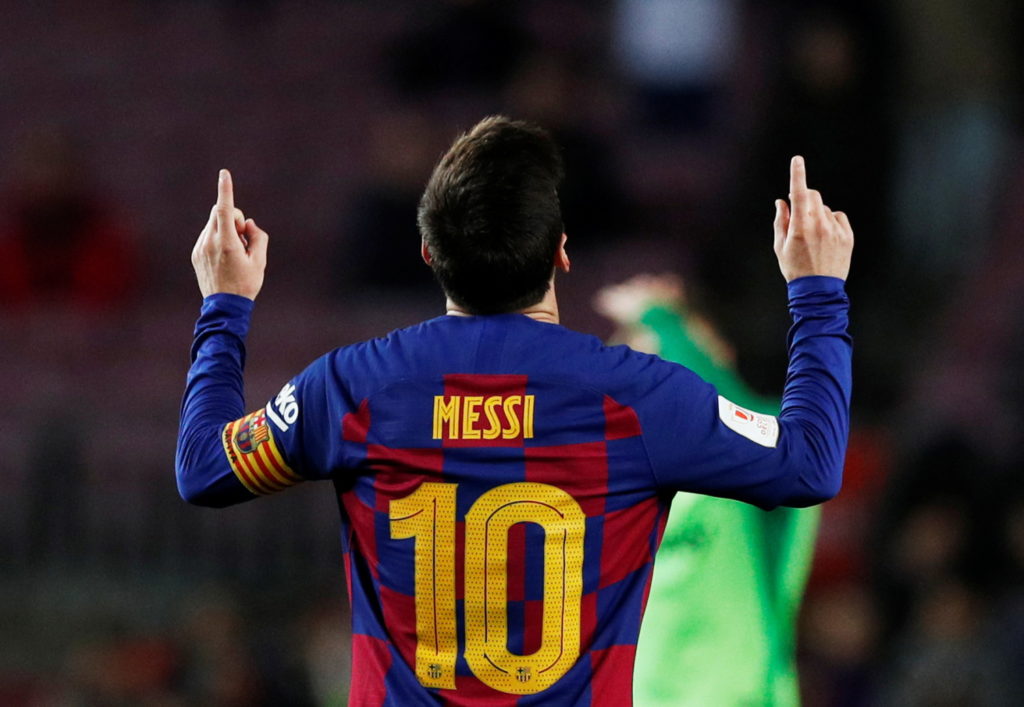 The ongoing debate over clubs taking up the government's furloughing scheme to avoid financial difficulty has shone on football.

Health Secretary Matt Hancock recently singled out Premier League players for not taking pay cuts during the ongoing coronavirus crisis. Whether that is right or wrong, the comments fed the narrative that players are only in it for the cash and will happily swap teams to join the highest bidder.

However, even in the modern era, some players ignored overtures from elsewhere to stay at a single club.

Here is our pretty handy starting XI of players who have spurned the advances of other clubs to stay somewhere that makes them happy, and in some instances, very successful.

A favourite of anyone who played Football Manager between 2005 and 2012, it is still hard for some of us who found ourselves caught up in that virtual world to believe Igor Akinfeev did not sign for Manchester United as Edwin van der Sar’s replacement.

Instead, he stayed with boyhood club CSKA Moscow and at 33, is unlikely to get that dream move to one of Europe’s elite. However, with 111 caps for Russia and 13 major trophies on his CV, sticking with CSKA hardly looks like a bad decision.

Our right-back is an understated player but a decent one nonetheless in Gladbach’s Tony Jantschke.

While not always first choice since making his debut in 2008, the 30-year-old has been a solid performer for well over a decade, occasionally attracting admiring glances from the Premier League, only to stay in North Rhine-Westphalia.

A key component of Jurgen Klopp’s ‘heavy metal’ approach when the now-Liverpool boss was in charge at Signal Iduna Park, Schmelzer’s role at Dortmund has been reduced in recent years but he remains an influence in the dressing room.

Funnily enough, the Reds were previously linked with the 16-times capped Germany international but he chose to stay put and is unlikely to move on anytime soon.

While he wears five for Barcelona, World Cup winner Sergio Busquets would wear the traditional anchorman’s jersey in our team and would likely play a prominent role.

Described by 1978 World Cup-winning coach and former Barca boss Cesar Luis Menotti as the “greatest gift” to Spanish football, Johan Cruyff chipped in with his opinion that “he makes the difficult look easy”. Put simply, Busquets will go down as a great of the game.

Often appearing to be a manager on the field, Loic Perrin, was once pursued by Arsene Wenger to lead Arsenal’s defence but has spent his entire career with Les Verts.

An intelligent ball-playing defender, Perrin has taken a leading role in the development of the likes of Chelsea’s Kurt Zouma and the Gunners-bound William Saliba.

Possibly the only player on our list to have graduated from university, United States international Matt Besler has spent his entire career in Kansas City.

Sunderland, Fulham and Everton were all linked with his signature after the 2014 World Cup but he decided against a move and remains amongst the elite defenders on the North American domestic scene.

Scruffy but successful, Thomas Muller has re-emerged as a vital figure for Bayern this season, netting 10 times to help the Bavarians claw their way to the top of the Bundesliga.

🗣️ “This club is not just any old employer for me. It’s my passion.”

🔴 Thomas Müller has extended his contract with Bayern until 2023. ✍️

Tuesday saw the World Cup winner rewarded with a new deal, quashing the never-ending rumours linking him with Manchester United, and with those fresh terms taking him through until he is 33, Muller could well retire at the Allianz Arena.

Something of a marmite player, Diego Simeone loves his captain Koke due to his unquenchable thirst for victory.

Still only 28, the versatile midfielder looks set to continue as a key component of the Atleti engine room until he decides otherwise.

An elegant midfielder, Bruno Soriano has perhaps been a victim of his age, playing his best football at the same time as the likes of Busquets, Xabi Alonso, Xavi and Andres Iniesta.

Bruno’s contract expires in the summer and with retirement beckoning, few would be surprised to see him return to the Villarreal dugout as the club’s manager in the future.

Arguably the greatest player of all time, Lionel Messi has spent his entire career at the Nou Camp after joining Barcelona at the age of 13.

The Argentine has been linked with Inter Milan this week and while he may return to his homeland to see out his playing time with Newell’s Old Boys, for now it is tough to envisage him playing anywhere but the Catalan capital.

We started this rundown with an old Football Manager favourite so why not finish it with another. Nicknamed ‘Bart Simpson’ in his youth due to his mischievous nature, Iker Muniain has matured into a talisman for Los Leones.

Linked with both Manchester clubs and Liverpool in the past, Muniain has stuck with the San Mames outfit and at 27 and under contract until 2024, there is little chance he will be moving anytime soon.

UK Health Secretary Matt Hancock recently singled out Premier League players for not taking pay cuts during the ongoing coronavirus crisis. The comments fed the narrative that players are only in it for the cash and will happily swap teams to join the highest bidder.

Such comments seem slightly tone deaf, even harsh on the players, given the government’s silence on some league’s enthusiasm for striking deals with big betting companies, such as GamblingDeals.com.