Arsenal need to temper expectations for hero of the moment Martinelli 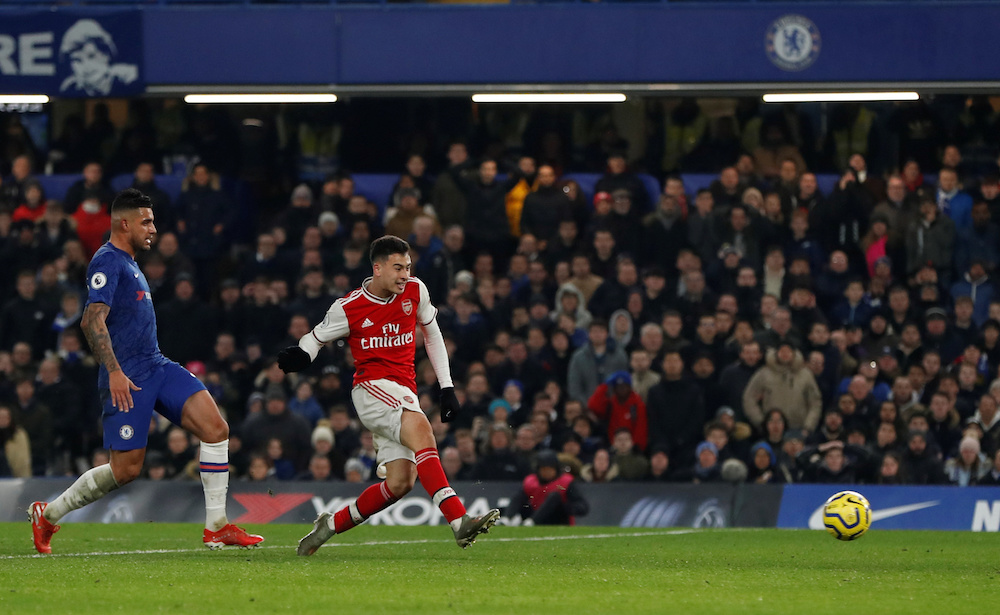 Arsenal have unearthed a potential gem in the form of Gabriel Martinelli but can this 18-year-old from Brazil really drag the club out of the doldrums?

It is tough not to be impressed with just how quickly Martinelli has adapted to life in north London having been plucked from Ituano, a team in the fourth tier of Brazilian football, just last summer.

Signed at the time as one for the future, the teenager’s talent has seen him thrust into the Gunners’ first-team and he has responded in just the right manner.

Martinelli’s goal against Chelsea in Tuesday’s 2-2 draw will long be remembered by Arsenal fans, the forward picking the ball up deep inside his own half before sprinting the length of the Stamford Bridge pitch to score.

Ten-man Arsenal level thanks to an ❄️cool finish from Gabriel Martinelli!

Watch out for the Kylian Mbappe celebration 👀 pic.twitter.com/WaTjb4Qaet

That was his 10th goal of the season and his overall performance in a spirited display by an Arsenal side that played with 10-men for over an hour earned him plenty of praise.

Head coach Mikel Arteta denied he had nearly brought the South American off just after David Luiz’s 25th minute red card but it certainly was a close-run thing, and what a different story it could have been without Martinelli on the pitch.

Instead, Martinelli became the first teenager to score 10 or more goals for Arsenal in a season since Nicolas Anelka in the 1998-99 campaign.

It was tough to move for praise of Martinelli in the aftermath of his performance at Chelsea, former Arsenal defender turned pundit Martin Keown claiming the forward now has the club “in the palm of his hand”.

The danger now is could the Gunners will expect too much from a player who has 55 appearances at a senior level to his name.

Will he be a Cesc Fabregas? Or is he more likely to turn out like Jack Wilshere?

Fabergas is arguably the last youngster to emerge at Arsenal and fulfil his potential, albeit he only won one major honour in north London before going on to do very well for himself elsewhere.

Wilshere was expected to follow in Fabergas’ footsteps after making his debut at 16 but injuries have prevented him from ever reaching his full potential.

Wilshere is a high profile example of a young player at Arsenal who burst onto the scene, grabbed the fans attention but never fulfilled his promise. There have been plenty of others over the years with the careers of Theo Walcott, Alex Iwobi, David Bentley and Jermaine Pennant following similar patterns.

The likes of Wilshere and Walcott should serve as cautionary tales for this fans expecting far too much of Martinelli too soon. As a young player, he is bound to have plenty of ups and downs in terms of performance so if he serves up a stinker at Bournemouth in the FA Cup on Monday night, no one should be too surprised.

Arsenal have needed a player to get excited about in these difficult times and there is certainly plenty of hope Martinelli can deliver on his promise. But that is not a forgone conclusion.