Arsenal ace Pepe thanks Arteta after recent upturn in form 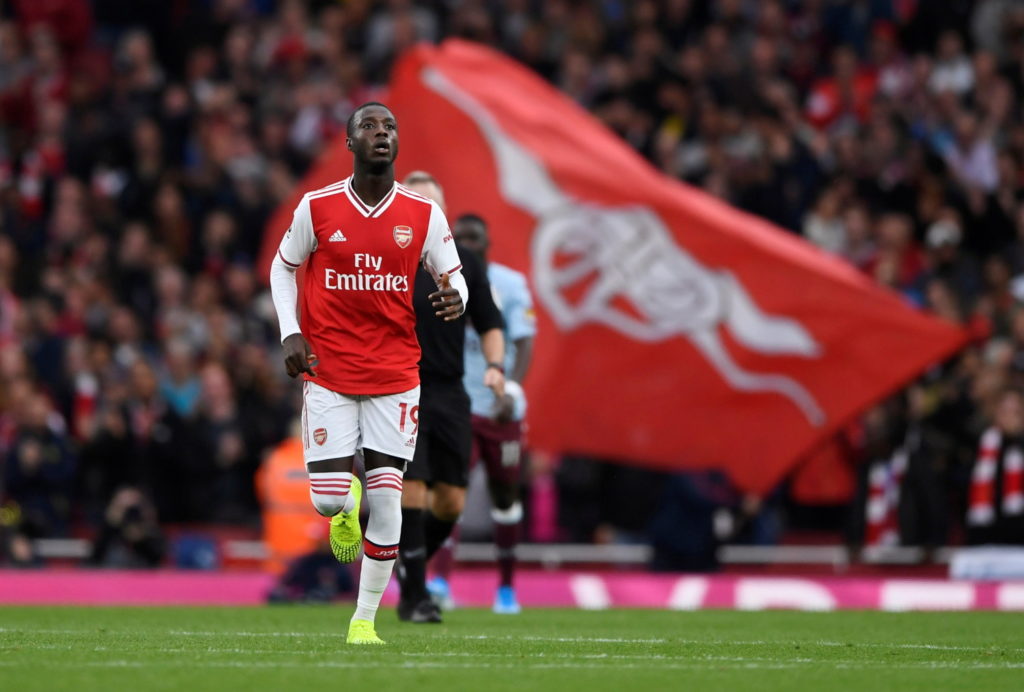 Arsenal winger Nicolas Pepe says Mikel Arteta has helped him improve his game since his arrival at the club.

Arteta rejoined Arsenal on December 20, four years after he left the club following his retirement.

The Spaniard spent three years at Manchester City working under Pep Guardiola before deciding to try his hand at management.

It took Arteta four attempts to win his first game as Gunners coach, but his side are now unbeaten in their last five matches.

While Arsenal remain 10th in the Premier League after three successive draws, they showed plenty of fight and determination to earn a 2-2 draw with Chelsea with 10 men.

Proud of the team and the character shown tonight. #arsenal #chelseavsarsenal #coyg pic.twitter.com/z3FzS3YzTj

Pepe has made his mark as part of a front three in recent weeks, but fans are still waiting for him to prove his worth after a £72million move from Lille. The Ivory Coast international has featured in every game under the former midfielder, and he believes his approach is adding another dimension to his game.

He told the club’s official website: “Things have been going positively so far, we’ve got some good results and have been playing good football.

“There has certainly been some encouraging signs, and we know that we do have quality, and we have what it takes to do well on the pitch.

With Pierre-Emerick Aubameyang still banned, Arteta is set to start Pepe once again for the clash with Bournemouth on Monday in the FA Cup. Arsenal then return to Premier League duties on February 2 when they travel to Turf Moor to face Burnley.