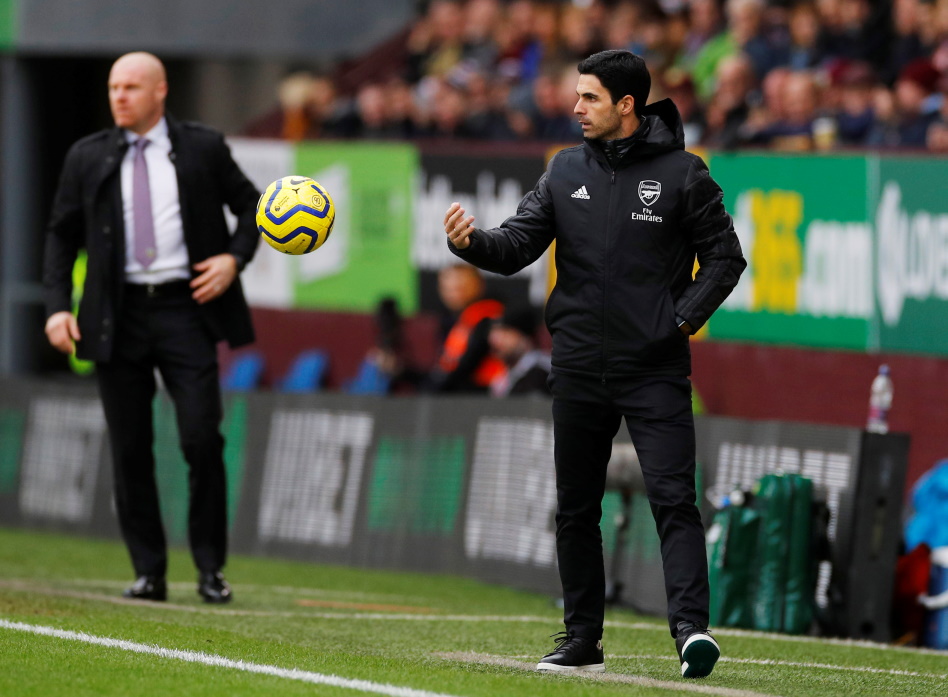 Mikel Arteta took aim at the Turf Moor pitch and his team’s lack of consistency as Arsenal were held to a 0-0 draw at Burnley on Sunday.

Arsenal were poor throughout the game, and speaking afterwards, Arteta chose to make a bizarre swipe at the playing conditions.

The Gunners were distinctly second best for much of the match with Jay Rodriguez coming closest to breaking the deadlock for the hosts when he rammed his second-half strike against the underside of the bar.

💬 "I wanted to win today so badly and I'm disappointed."

Despite the continued overcast weather in the north-west, Arteta insisted the long grass and a dry pitch had played a crucial role in preventing his side playing their normal game.

Indicating a couple of inches, Arteta insisted: “The conditions were difficult – the grass was this long and they didn’t put any water on it, and that’s not a very helpful thing to play football.

“I didn’t water the pitch yesterday at the training ground because I expected it, but that doesn’t make it any easier to play. In some moments it wasn’t the grass – it was their quality and what they do really well, and we could not do it in the right way.”

The draw left the Gunners without a Premier League win since New Year’s Day and Arteta was scathing of some aspects of his side’s display, admitting that it was not only the condition of the pitch that was an issue.

In particular he was unhappy with the way they started the second half and says they were lucky not to fall a goal behind at that point.

The Spaniard admitted that consistency also continues to be an issue and they will not be able to progress in the right manner, unless they find it.

Due to the winter break, Arsenal are not back in Premier League action until they entertain Newcastle United on Sunday February 16th.