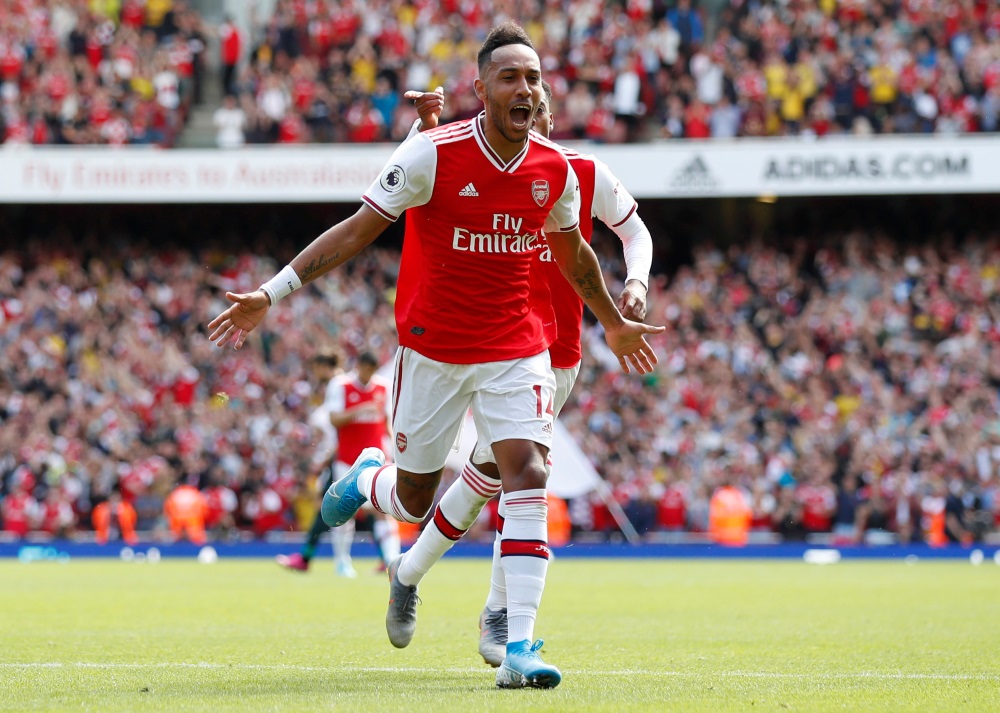 Pierre-Emerick Aubameyang has suggested he could be willing to stay with Arsenal after revealing his happiness with life at the club.

Gabon international Aubameyang has been a huge hit at the Emirates Stadium since arriving in a then club-record move from Borussia Dortmund in January 2018.

The 30-year-old hit 50 goals in less time than it took club legend Thierry Henry to reach the same mark and has so far netted 61 times in 97 appearances for the Gunners.

Aubameyang has been a prolific goalscorer wherever he has played and Arsenal are eager for him to carry on finding the back of the net in their red and white jersey.

However, the north Londoner’s failure to qualify for the Champions League the last two seasons, coupled with a trophyless three-year run is understood to have lead Aubameyang to consider his options.

Rumours linking last season’s joint Premier League golden boot winner with a move to Barcelona emerged in January, while Manchester United and Inter Milan are also understood to be monitoring his situation closely.

Aubameyang has less than 18 months left to run on his current contract with Arsenal and there appears to be little movement on an extension.

The Gunners could be forced to cash in on their captain this summer should they fail to get him signed to an extension, or risk losing him for nothing at the end of the 2020/21 season.

However, speaking to the Arsenal website, Aubameyang has indicated that he’s in no rush to leave the club and appears more than content with life in London.

“It means a lot (to play here),” he said. “When I was younger I used to watch Arsenal because they always had great players and they won trophies as well. I think it is really a pleasure to be here, I am really happy- that’s my feeling.”