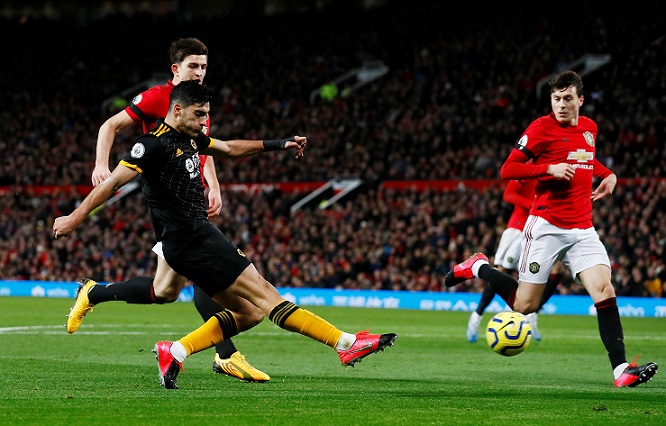 Raul Jimenez says he is not planning to leave Wolves anytime soon despite speculation linking him with a summer exit.

Mexico international Jimenez initially joined Wolves on loan from Benfica ahead of their first season back in the Premier League in 2018 and, following a successful debut campaign at the club, the move was made permanent last summer in a club-record £30million deal.

Jimenez certainly hasn’t eased off since securing his permanent move to Molineux, as he is currently enjoying his most prolific season in front of goal, netting 22 goals across all competitions to date.

The 28-year-old’s goals have played a major role in Wolves’ challenge for a top-four finish in the Premier League, as well as helping them through to the last 16 of the Europa League, where they are due to face Olympiakos in Greece on Thursday.

Jimenez’ impressive displays have certainly not gone unnoticed, as Wolves’ Premier League rivals Manchester United and Arsenal have both been linked with making a summer move for the former Atletico Madrid player this summer.

However, Wolves’ supporters can rest easy, as Jimenez has now moved to quash speculation he could force through a move away from the club, by revealing he is happy to remain at Molineux and he feels he can achieve his ambitions with Nuno Espirito Santo’s side.

“I am enjoying what I am doing,” Jimenez told Sky Sports. “On and off the pitch, I feel great. It is a very good time for me, for my life and for my team. Here I am, making my dreams come true.”

Jimenez has scored in two of his last three appearances for Wolves and he will be hoping to take is tally for the season in the Premier League to 14 by notching against West Ham at the London Stadium this weekend.